Superstar Indian cricketer Virat Kohli will turn 34 on November 5, Saturday. But the fans have already begun the preparation for Kohli’s big day a day or two ago.

The fact that Kohli will be celebrating his birthday is so big that even cricketers are mindful of it. 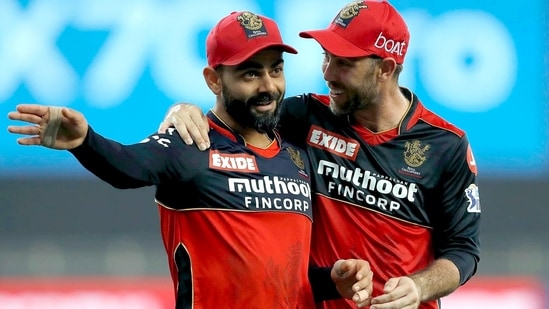 Maxwell was speaking with the broadcaster when he remembered that it is Kohli’s birthday on Saturday and promptly gave a heart-warming message to his RCB teammate, Kohli, whom Maxwell called as “one of my very good friends”.

“Yeah, so tomorrow, I just want to wish a very happy birthday to one of my very good friends, Virat Kohli. Hope you have a great day. I’ll send you a text anyway. Enjoy, mate,” Maxwell said.

The video of the same has gone viral on social media. You can watch it here:

Virat Kohli and Glenn Maxwell have been teammates at RCB for two seasons and both have helped the side qualify for the playoffs, however, they couldn’t reach the final. Maybe next season?

Coming back to Australia, in the absence of the injured Aaron Finch, Tim David and the dropped Mitchell Starc, Australia escaped a Rashid Khan scare as they scrapped past Afghanistan by only 4 runs in a last-over thriller and keep their hopes of proceeding to the semi-final alive, but now they need Sri Lanka to defeat England on Saturday.

Australia posted 164 on the board. Chasing this, Afghanistan looked out of the game after a flurry of middle-overs wickets at 103/6. But Rashid Khan brought life back in the match, by smashing 48 runs off 23 balls, and even brought the equation down to 11 runs required off the last 2 balls, but eventually couldn’t take his side past the finish line. Maxwell was the Man of the Match for his 54* off 32 balls.

Meanwhile, India, who have 6 points in 4 games, take on Zimbabwe. A win will seal their semis spot, while a loss would mean that they could be eliminated.