The ICC revealed its men’s T20I team of the year 2022 on Monday. This team from the governing body recognizes the 11 outstanding individuals who impressed everyone with their performances in the year gone by.

This team is filled with superstars from around, the and from nations who haven’t been at the top of the rankings order, but a few of their players have left big impressions on world fans last year.

It was England who won the T20 World Cup 2022, so it is no surprise that their two key men - skipper and opener Jos Buttler, and seamer Sam Curran - are part of the side.

Last year Buttler scored 462 runs at an explosive strike rate of 160 while Curran took 13 wickets in the T20 World Cup and was the Man of the Tournament. 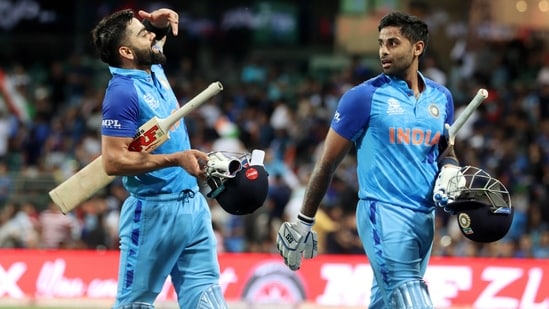 There is no Australian player in the ICC men's T20I team of the year 2022!

Talking about Indians, three players who shone brightly in T20Is in 2022 - Virat Kohli, Suryakumar Yadav, and Hardik Pandya - were certainties in this XI as they had a bumper year in their respective positions.

Two players from Pakistan, and a player each from New Zealand, and Sri Lanka made this best XI. Rizwan amassed 996 T20Is runs last year - only behind Suryakumar - while Phillips hammered 716 runs at a strike rate of 156.

Hasaranga weaved his magic even on Australian pitches, picking up 15 wickets and leading Sri Lanka's battles. Haris Rauf was instrumental in Pakistan reaching the finals of the Asia Cup and T20 WC, and overall Rauf picked up 31 wickets in T20is in 2022.

It is a matter of great pride for Zimbabwe’s Sikandar Raza and Ireland’s Josh Little that they have been named in this XI, having earned their positions with stupendous performances last year, in particular during the tournament in Australia.

Raza was arguably the best T20I all-rounder last year with 735 runs and  25 wickets at an excellent economy rate of 6.13. Josh Little, with 39 wickets, 11 out of which were in the T20 WC, was the second-highest wicket-taker in the calendar year.