India's middle-order batter Suryakumar Yadav is on fire in the shortest format of the game. The 32-year-old has been breaking records and making new records in T20Is in a calendar year. He has topped every list, whether it's the most runs scored or the most sixes hit.

Even in the ongoing ICC Men's T20 World Cup 2022, SKY has continued his ace form and has scored back-to-back fifties against the Netherlands and South Africa. He remained unbeaten against the Netherlands, registering the scores of 51 runs from 25 balls. He also won the Player of the Match Award as well. In the game against South Africa, when every other batter failed, SKY stood tall and played one of the best innings of his career. He scored 68 runs from 40 balls at the Optus Stadium in Perth. He helped the Indian side post a fighting total. It was a knock of the highest quality.

Riding on the back of his stunning performances, he will be high on confidence and will look to come out all guns blazing against Bangladesh's side. Notably, this is Suryakumar's first tour to Australia with the Indian cricket team. He will be playing at the  Adelaide Oval for the first time in his career. 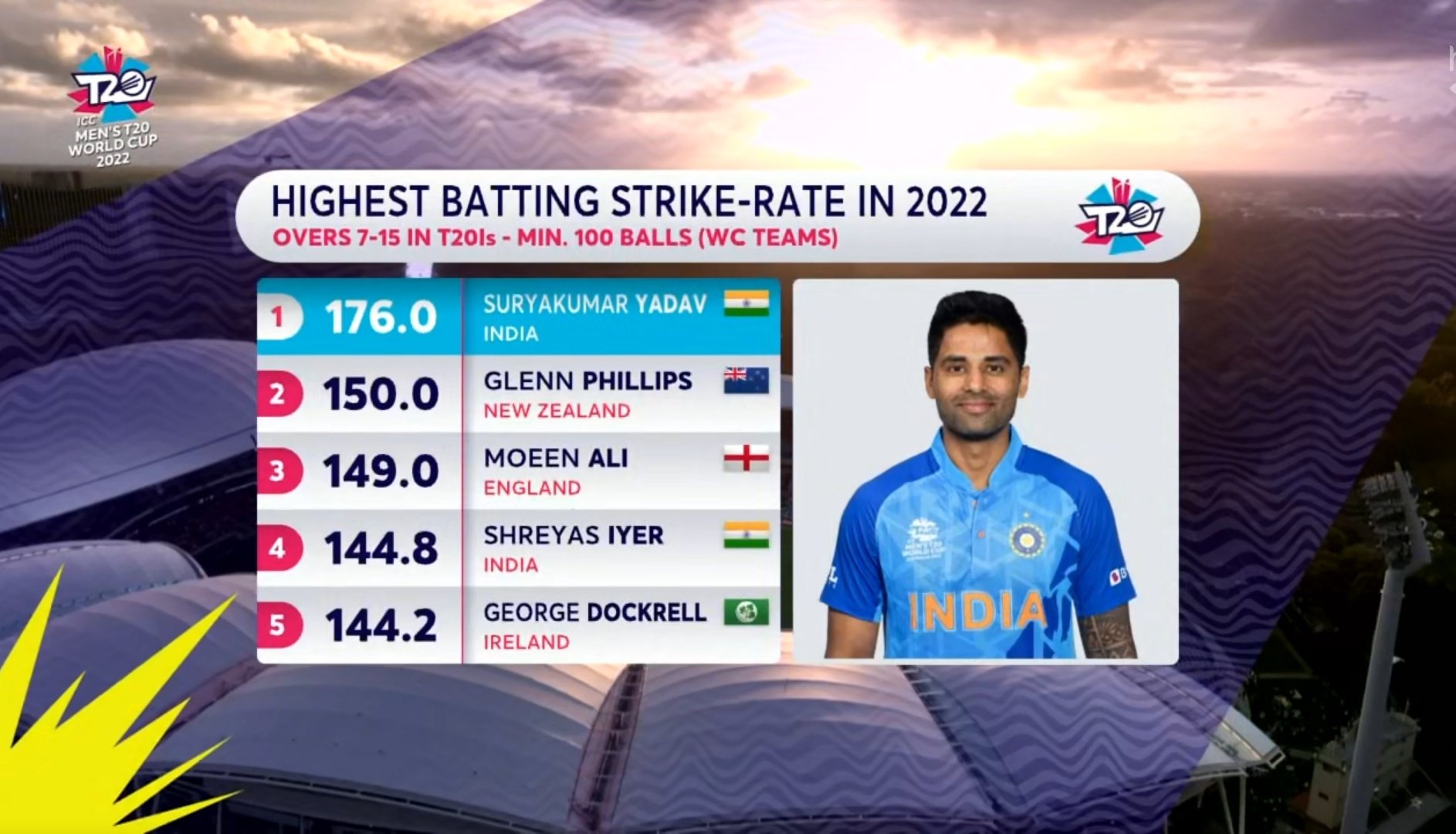 Moreover, if SKY manages to score 65 runs against Bangladesh in Adelaide, then he will join an elite list of batters in T20I cricket. The unique list includes players who have scored more than 1000 runs in T20Is in a calendar year. So far, the elite list only has one batter - Pakistan's Mohammad Rizwan. At present, SKY has 935 runs to his name from 26 matches, which came at an average of 42.50 and a strike rate of 183.69. He has scored 8 half-centuries and one century in the