IND vs AUS: A Big Trouble For Australia Before The Test Series

Australia fast bowler Mitchell Starc is in serious doubt of missing the first Test against India in the upcoming Border-Gavaskar Trophy after sustaining a finger injury in the recently-concluded MCG Test against South Africa.

India are the current holders of the Border-Gavaskar Trophy. They have won the last three Test series between the two sides - in 2017 at home, and 2018/19 and 2020/21 in Australia. 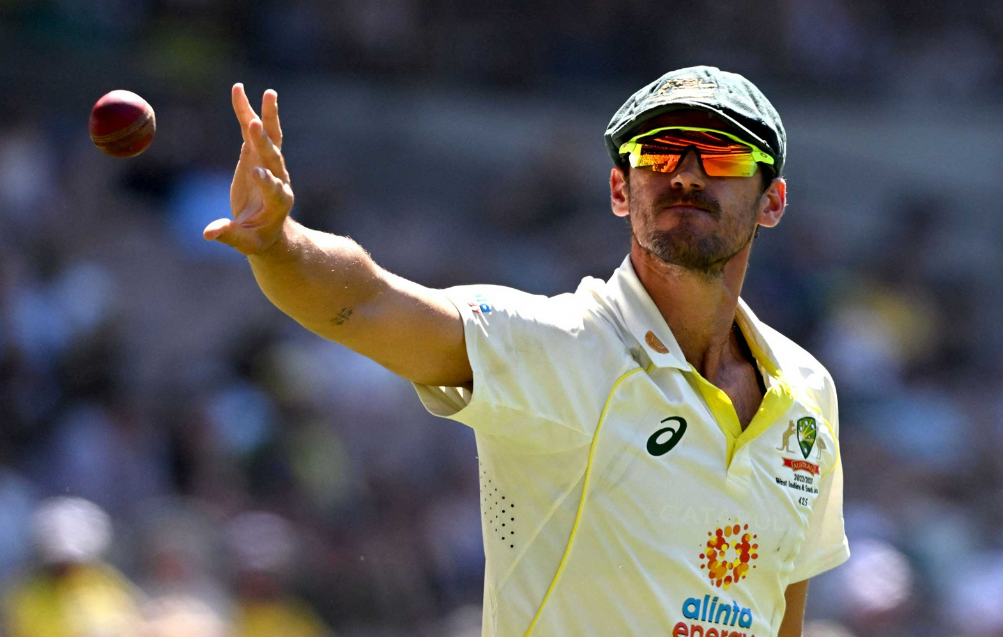 The first Test of the 4-Test series will kick-start on February 9 at the Vidarbha Cricket Association Stadium, Nagpur.

Though Starc batted and bowled in the MCG Test - which Australia won by an innings and 182 runs- post sustaining the injury, the pacer admitted he’s unsure of his recovery time.

“I’m getting another scan in Sydney and seeing a finger specialist to work through all that,” Starc said.

“Obviously India is coming up, so we’ll see what the timeframes are after I’ve had those discussions next week. Hopefully [my return] fits in somewhere at the front end of the tour.

“Apart from the finger being out of action, I can still train to some degree and bowl in creative ways to keep up my workloads up whilst the finger not being impacted. So that side of it is going to be fine. It’s just where the timeframe of the tendon comes into it for the India tour.”

If Mitchell Starc misses the Nagpur Test, or more part of the series, it will be a big dent to Australia

Not only Starc is the spearhead fast bowler of Australia’s bowling attack, he’s also the only left-arm pacer in their group, and was in great form during their tours of Pakistan and Sri Lanka in 2022, effectively reverse-swinging the old ball and helped Australia win the Test series in Pakistan and return with 1-1 in Sri Lanka.

Starc has also picked up 16 wickets at an average of 19 in the 4 home Tests - two vs West Indies and two vs South Africa - but the fast bowler is ruled out of the next Test against the Proteas, in Sydney.

Another injury worry for Pat Cummins is all-rounder Cameron Green, who will also miss the SCG Test due to a finger injury. Green flew home to Perth on Thursday while the game was still going to recover from a broken index finger, although the all-rounder is expected to be fit in time for the India tour.

Australia are currently at the top of the WTC points table, with India placed in the second position. Both teams could potentially reach the WTC final, slated for June at The Oval.