IND vs AUS: Who Will Be India's Wicket-Keeper In Test Series Against Australia If Rishabh Pant Is Ruled Out

India wicketkeeper-batsman Rishabh Pant suffered in a horrific car accident near his hometown Roorkee in the wee hours of Friday while he was driving alone amidst the fog. It has been learned that Pant “dozed off” while driving, after which he rammed the car into a divider and the car caught fire.

The 25-year-old was rushed to the hospital. He has undergone plastic surgery to manage his facial injuries, lacerated wounds, and abrasions. He also has injuries in his leg, the scans of which will be taken after the swelling subsides. The doctors at Max Hospital in Dehradun have also given him “above knee splintage ... for suspected right knee ligament injury, and suspected right ankle ligament injury”.

Though not a certain fixture of India’s white-ball teams, Rishabh Pant has been a crucial and integral part of India’s Test team since his heroics on the 2020/21 Australia tour. He recently smashed 93 in the low-scoring Mirpur Test victory.

India’s next Test assignment starts on February 9: Broder-Gavaskar Trophy at home against Australia. This is India’s last Test series in the ongoing 2021-23 World Test Championship cycle. And the 4 Tests against Australia - to be played in Nagpur, Delhi, Dharamsala, and Ahmedabad - are very important for India’s chances of reaching the WTC final, slated for June at The Oval.

Australia are on top of the WTC points table with 78.57 PCT, followed by India who have 58.93. Australia are very much likely to reach the final, but India compete with Sri Lanka (53.33 PCT) and South Africa (50.00 PCT) for a place in the final.

Who should be Rishabh Pant's replacement against Australia?

If Rishabh Pant is unlikely to get Test match fit in the coming 30-35 days, the selectors and the management should start pondering who should be the next in line wicketkeeper to take Pant's place for the crucial Test series against Australia.

The first and foremost name that will come in minds of the selectors and the management will be of KS Bharat. The 29-year-old from Andhra Pradesh has been traveling with the Indian team for the past couple of years, but didn't get his Test cap because of Pant and Wriddhiman Saha. With Pant taking the first-choice keeper position, Saha was his backup for the South Africa tour. After which the 37-year-old Saha was dropped from the Indian Test squad for the home Test series against Sri Lanka in March, and KS Bharat was selected as the first backup of Pant. 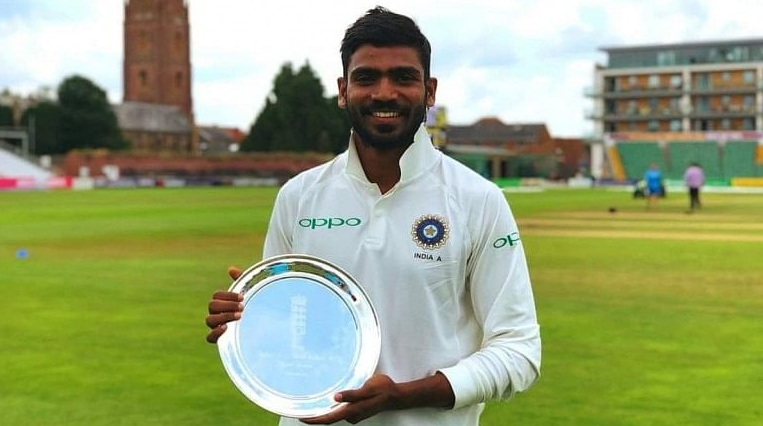 KS Bharat was the wicketkeeper in the India A team that faced Bangladesh A in the shadow series of India tour of Bangladesh. He scored 77 runs in the match which India A won by an innings.

Now if Pant doesn't make it to the Test series against Australia, KS Bharat will most likely be the replacement and get his maiden Test cap. KS Bharat is an excellent wicket-keeper, which had already been known in domestic cricket, and when Saha took an injury during a home Test against New Zealand last year, Bharat came on as the keeper substitute and put on a masterclass of keeping to spinners.

With the bat, Bharat has a decent first-class record: he's played in 84 first-class matches and averages 37 in it with 9 centuries and 25 fifties, which for a wicketkeeper are good numbers.

The only question regarding KS Bharat's position in the Border-Gavaskar Trophy remains that whether the selectors and the management will want to have a debutant in such an important series as this. Or will they revert to Saha?

Saha had a good Ranji Trophy season for Tripura, scoring 231 runs in 4 innings at an average of 77 and hitting a century and a fifty.

At the moment, though, KS Bharat is the frontrunner to replace Pant for the Test series against Australia.