The Indian cricket team had a reason to be delighted as their star opener KL Rahul finally returned back to his form in the ongoing fourth game of the T20 World Cup 2022. KL Rahul registered his 22nd T20 international fifty off only 31 balls to get his side off to a flyer after the early dismissal of captain Rohit Sharma against Bangladesh in their Super 12 match at  Adelaide on Wednesday.

KL Rahul was going through terrible form and was struggling to score runs for a long time now. Even in the ongoing T20 World Cup 2022, KL failed to deliver in the first three games. In all three games, Rahul got out for single-digit scores after scoring back-to-back fifties in the team’s last two warm-up matches. In the last three games, middle-order batters have come to India's rescue after a top-order batting collapse. However, with Rahul returning back into form, the Indian side can take a sigh of relief. 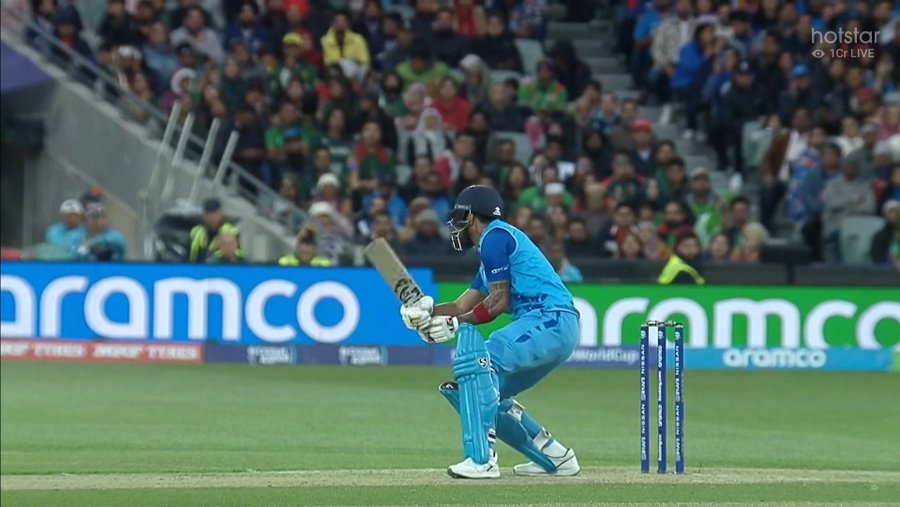 During the game against Bangladesh at the Adelaide Oval, Rohit Sharma was dismissed early in the innings. After his departure, KL Rahul shifted the gears at the right time as he formed a brilliant partnership with Virat Kohli. KL Rahul scored his 50 off 32 balls. His knock included three boundaries and four maximums.

Bangladesh captain Shakib Al Hasan ended KL’s stay in the middle as he tried to lap it over fine leg but it landed straight in Rahman's hands. KL's timely 50 off 32 came in quick time and was widely celebrated by fans on social media.

Yes, social media has been buzzing with amazing reactions to KL Rahul's stellar return to the form. Check out the reactions of fans to this:

If you can't accept him at his worst, then you don't deserve him at his best. Glad to be alive in the KL Rahul era.

KL Rahul haters come out! We are here to take over.

what a shot by kl rahul. tight slap by him to all his haters.

Fifty for KL Rahul, first in this World Cup, truly a magnificent knock.

More than that 50 for KL Rahul, I am happy about watching a nice Virat × KL Rahul partnership after long. The way Virat was cheering for him, and the way that drastically improved KL's confidence, it was wholesome. Last I saw this was during KLR's Lords Test 💯 last year.

South Africa have pulled out of World Cup after KL Rahul's return in flow. Beware.

India has a bit of luck early on but they have ridden it well. Enjoyed watching KL Rahul come into his own. This is not a very easy surface to bat on but you wouldn't realise that if you saw Sky batting