The Indian cricket team suffered their first defeat in the ongoing T20 World Cup 2022 at the hands of South Africa. Most of the Indian batters didn't shine at all, including wicketkeeper-batter Dinesh Karthik. However, the veteran suffered a cramp on his back in the second innings and walked off the field, as Rishabh Pant donned the gloves for the final five overs of the game.

Now ahead of the Indian vs Bangladesh, the big question is whether Karthik will be fit to play. Speaking about the same in the pre-match conference, Team India head coach Rahul Dravid has said that since the lower back injury, DK has come back to training on Tuesday and did pretty well. He said: 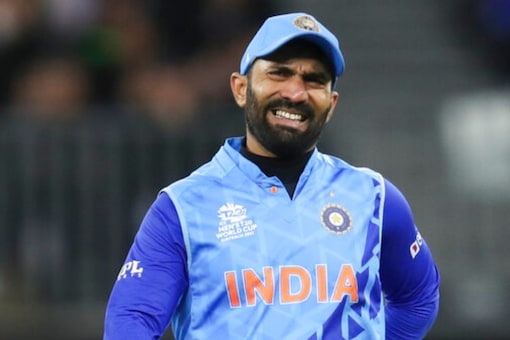 Further, Dravid also pointed out that they haven't taken a final decision as to whether he will play in the game against Bangladesh and will assess him on Wednesday morning. He said:

Meanwhile, the ongoing T20 World Cup 2022 looks like the end of the road for DK, who has been ignored for the three games against New Zealand. “The World Cup is going to finish in some days and so we need to decide whom to rest or not. He (Karthik) has been performing and he is available to us. But this time we just thought of trying a different set of players after the World Cup,” chairman of selectors Sharma told reporters in a virtual presser after announcing an unprecedented four squads for two separate away series.