The Indian cricket team is currently taking on England in the ongoing semi-final clash against England after topping Group 2 in the Super12 stage of the T20 World Cup 2022. Former Indian captain Virat Kohli has been one of the biggest stars for India throughout the tournament. He has been sensational with the bat and has turned out to be the highest run-getter in the tournament.

And as the team is taking on England in this must-win match, Virat Kohli once again stepped up for his side and showed his class yet again. Virat Kohli registered another half-century in the ongoing tournament as he steered the innings after India got off to a rocky start. The Indian side lost the wickets of  KL Rahul, Rohit Sharma, and most importantly Suryakumar Yadav quite cheaply. However, Virat held one end of the innings as he scored 50 runs, in an innings studded with 4 fours and 1 six. 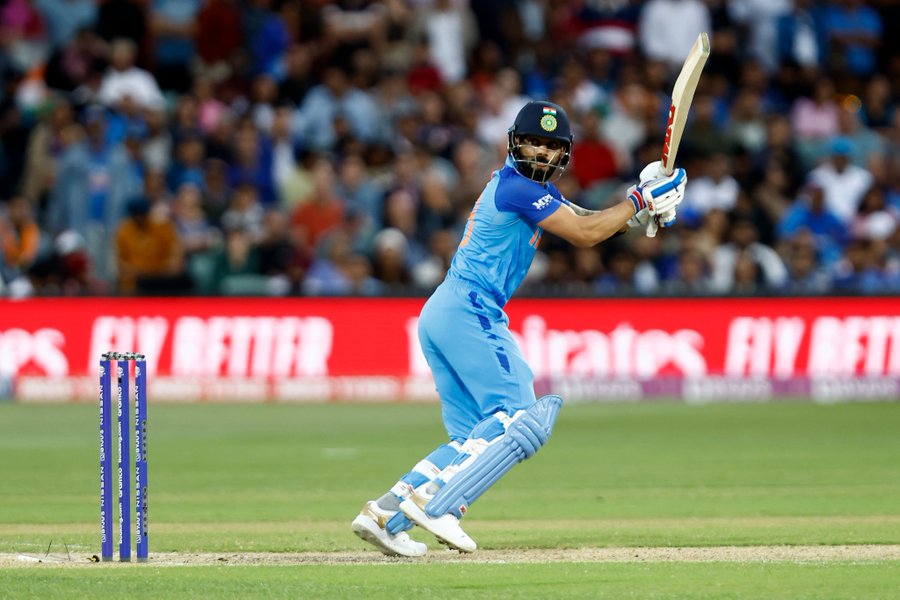 This was also Virat's fourth half-century in the ongoing T20 World Cup 2022 and it is just the second time that he scored this many half-centuries in a T20 World Cup after the 2016 edition of the World Cup.

During the course of his innings, Virat Kohli achieved another milestone as he became the first batter to cross the 4,000-run mark in the shortest format of the game. With 296 runs, Virat is currently the highest run scorer of the T20 World Cup 2022. He has also surpassed Mahela Jayawardene to become the highest run scorer in T20 World Cup history.