Young Indian opener Shubman Gill achieved a huge milestone as he became the 5th Indian player to score a double-century in ODIs, on Wednesday, during the ongoing first ODI of the three-match series against New Zealand in Hyderabad.

Shubman Gill walked out to open the innings with Rohit Sharma. He made a cautious start to his innings and wasn't taking any risk by playing big shots. However, he reached his half-century off 52 balls and breached the 3-figure mark on the 87th ball. He scored the next 50 runs off 35 balls and scored  32 runs on the next 20 deliveries before smashing the Kiwi bowlers to back-to-back big hits. During his sensational knock, Shubman smashed the Kiwi bowlers for 19 fours and 9 sixes.

With this, Gill has joined the batting maestro Sachin Tendulkar, Virender Sehwag, Rohit Sharma, and Ishan Kishan in the elite list of Indian batsmen to hit a double-century in ODIs. Sachin Tendulkar became the first batter to achieve this milestone. It was in 2011 when Sehwag joined him in the elite list, followed by Rohit in 2013. Rohit Sharma has e 200-run mark thrice so far. Ishan Kishan, recently, scored a double-century against Bangladesh in December 2022. 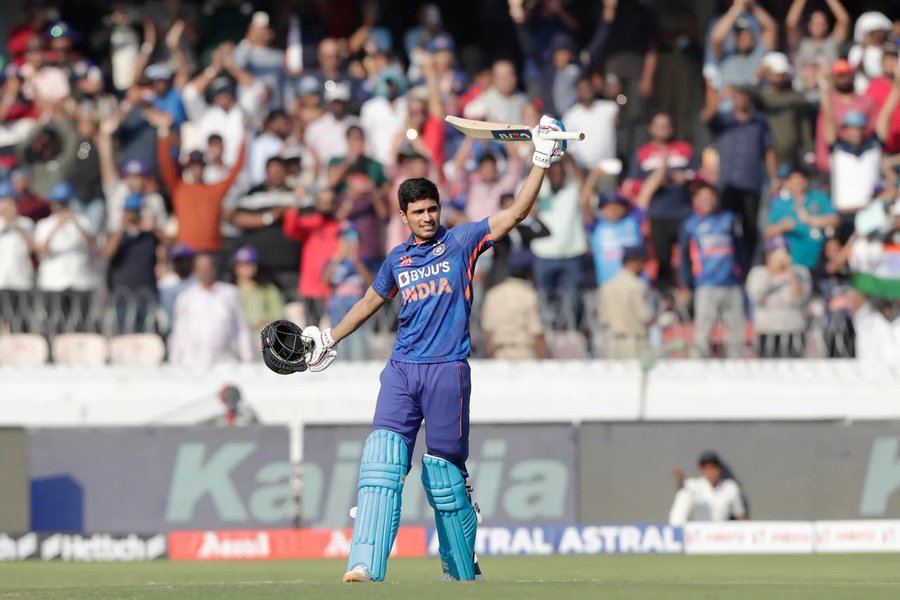 All thanks to Gill's knock, the Indian cricket team posted a total of 349/8 on the board. Interestingly, what makes Gill's performance even more special is the fact that no other batter, apart from Gill, was able to breach the 50-run mark.

Meanwhile, social media has been buzzing with amazing reactions to the sensational knock of Shubman Gill. From cricketers to experts and fans, everyone is taking to social media to hail the brilliant performance of Gill.