Finally, after a long wait of 3 years, India opener and skipper Rohit Sharma has broken his drought of an ODI century, by recording what is his 30th ODI century, against New Zealand in Indore on Tuesday.

Rohit’s 29th ODI ton had come way back in January 2020, against Australia in Bangalore. This has been a long wait, of 16 innings, where Sharma has, on a number of times, shows glimpses of being in touch and even scored a few fifties. But failed to convert his good starts into a three-figure score.

However, today, on a flat pitch and bit-sized boundaries at the Holkar stadium in Indore, Rohit Sharma didn’t miss. And didn’t miss out also was his opening partner and India’s new future and present, Shubman Gill, who cracked his 4th ODI century, and his third in 4 innings only, as the pair ransacked a 200-run opening stand.

Taking the attack to the New Zealand right from the onset of the innings, Rohit scored 101 runs in 85 balls with the help of 9 fours and 6 sixes, while Gill was even more aggressive: batting at a splendid strike rate of 143, the young opener whacked 112 runs in 78 balls, en route stroking 13 fours and 5 sixes. 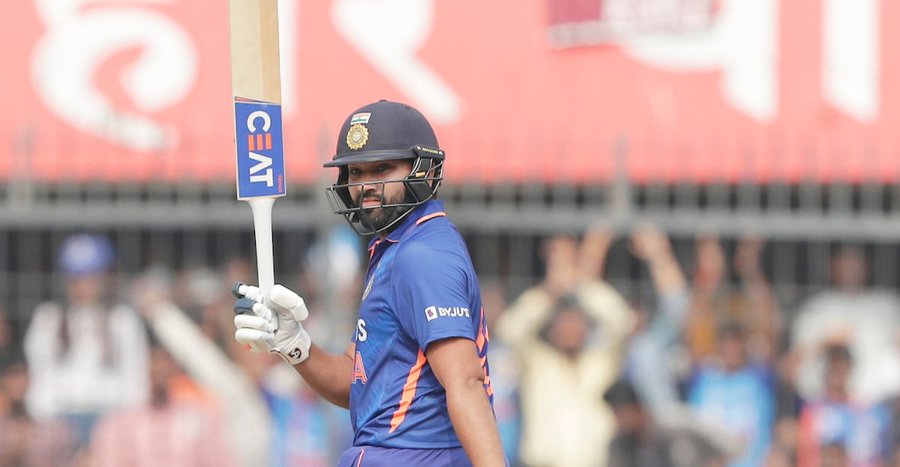 Speaking of Rohit’s knock, there were several eye-catching shots and moments from his 30th ODI century.

Here are the 5 best pictures from Rohit Sharma’s century in Indore:

1. The entire crowd was up on its feet to salute Rohit's century, which came in ODIs after 3 years

4. Another glorious partnership with Gill

5. Best opener? This fan thinks Rohit Sharma is the best opener of the decade