All-rounder Washington Sundar left the fans stunned as he played a stunning knock while batting at No.7 in the 1st One-Day International(ODI) between hosts New Zealand and India on Friday in Auckland. Sundar showed the world what he is capable of as he played a blinder of an innings to help the Indian side post a total of 306 runs.

Batting first, the Indian cricket team was slow throughout their innings. Shikhar Dhawan and Shubman Gill formed a brilliant partnership and added 100 plus runs for the first wicket. The Kane Williamson-led Kiwis were looking clueless, however, once they removed Dhawan and Gill, they tried to control the game. Rishabh Pant, who has been going through a terrible phase in the white-ball format, failed yet again.

It was expected that Suryakumar Yadav will break free, but he was also disappointed with the bat. Iyer was later joined in by Sanju Samson and they steadied Indias's ship. However, it was the last-minute heroics by Washington Sundar that propelled India's score to 306 at the end of 50 overs. 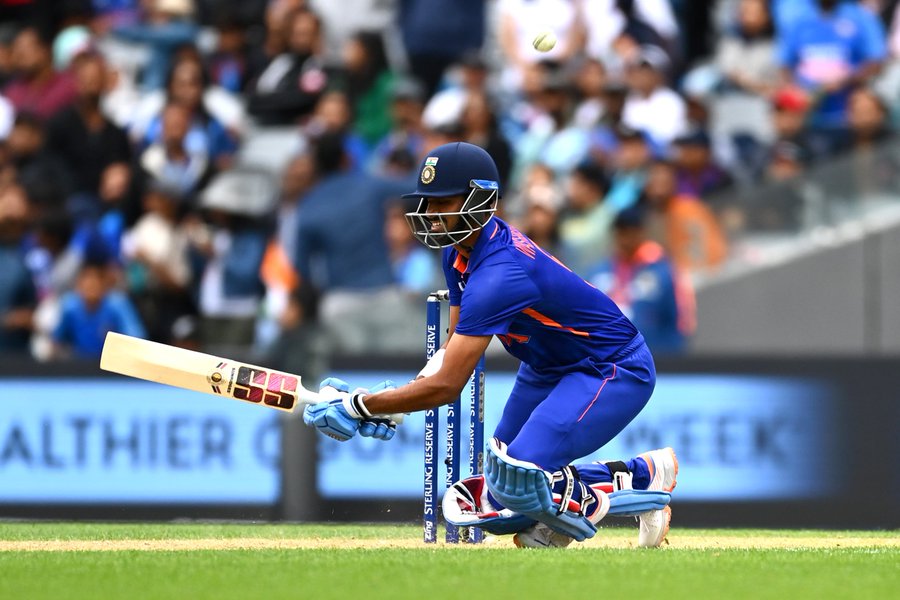 Walking out to bat at no.7 Washington Sundar came out all-guns-blazing and smashed the Kiwi bowlers to all the corners of the ground. He played an unbeaten knock of 37 runs off 16 deliveries, smashing 3 fours and 3 sixes at a strike rate of 231.25. He made a solid comeback as he returned to the Indian team after a long gap and going forward he'll like to cement his place in the Indian national team, especially with the ODI World Cup coming up next year.

Meanwhile, social media was delighted with the amazing cameo of Washington Sundar. From cricketers and experts to fans, everyone took to social media to hail the brilliant knock of Sundar. Among many, former Indian cricketer turned commentator Aakash Chopra also took to his social media and showered praise on Sundar.

In his Tweet, Aakash Chopra reserved some big praises for Sundar as he stated that his cameo made the biggest impact on the Indian innings. He wrote:

"Well played, Washington Sundar. What an innings. This Indian innings has three 50+ scores but it’s Sundar’s innings that might have had the biggest impact. People who bat lower down the order mustn’t be judged with the usual parameters of ‘average’. Impact is what matters."

Well played, Washington Sundar. What an innings. This Indian innings has three 50+ scores but it’s Sundar’s innings that might have had the biggest impact. People who bat lower down the order mustn’t be judged with the usual parameters of ‘average’. Impact is what matters.