IND vs NZ: &quot;All the work I put in...&quot; - Washington Sundar Made A Big Statement After His Fiery Knock Against New Zealand

IND vs NZ: "All the work I put in..." - Washington Sundar Made A Big Statement After His Fiery Knock Against New Zealand

India's spin-bowling all-rounder Washington Sundar played a terrific quickfire knock in the ongoing ODI series opener against New Zealand. Sundar played a blinder of an innings while batting at No.7 in the series opener as he smashed the Kiwi bowlers to all the corners of the ground and helped the Indian side post a total of 306 runs on the scoreboard.

After being asked to bat first, the Indian side got off to a good start all thanks to the openers Shikhar Dhawan and Shubman Gill as they smashed half-centuries and had a 124-run stand. However, soon India lost back-to-back wickets and slipped to 160/4. It was expected that Suryakumar Yadav will go bonkers, however, he was also disappointed with the bat. Shreyas Iyer was later joined in by Sanju Samson and they steadied Indias's ship. However, it was the last-minute heroics by Washington Sundar that propelled India's score to 306 at the end of 50 overs. 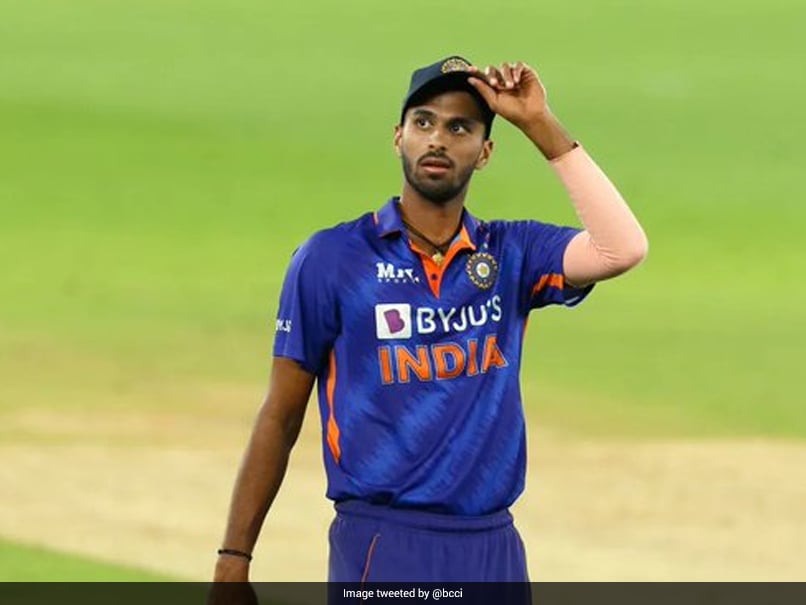 Walking out to bat at no.7 Washington Sundar came out all-guns-blazing and showed the world what he is capable of as he played a blinder of an innings to accelerate the innings for the Indian side in the last overs. He smashed an unbeaten knock of 37 runs off 16 deliveries, smashing 3 fours and 3 sixes at a strike rate of 231.25.

Meanwhile, after the Indian innings, Washington Sundar was asked to share his thoughts about his stunning cameo. Responding to this, Sundar, who batted with a great strike rate of 231.25, said that his hard work paid off. He said:

“All the work I put in worked today. There is some program that needs to be done before the ball is bowled, but there are instincts too… It’s very important to get the timing right, despite the power. It’s a par score.”