India's star batter Sanju Samson finally got a chance to wear the Indian jersey as he was named in the playing XI for the ODI series opener against New Zealand in Auckland. The talented keeper-batter was included in the Indian squad for the recently-concluded T20I series however he was seen warming the bench throughout the series. But he has finally got a chance to represent the Indian side, which is a delight for his fans.

Before the ongoing ODI series opener against the Kiwis, Sanju Samson last played for the Indian cricket team in the ODI series against South Africa ahead of the T20 World Cup 2022 in Australia. He was impressed with the bat in the first ODI match of the series however he was asked to warm the bench as Shreyas Iyer was preferred ahead of him in the recently-concluded T20I series. 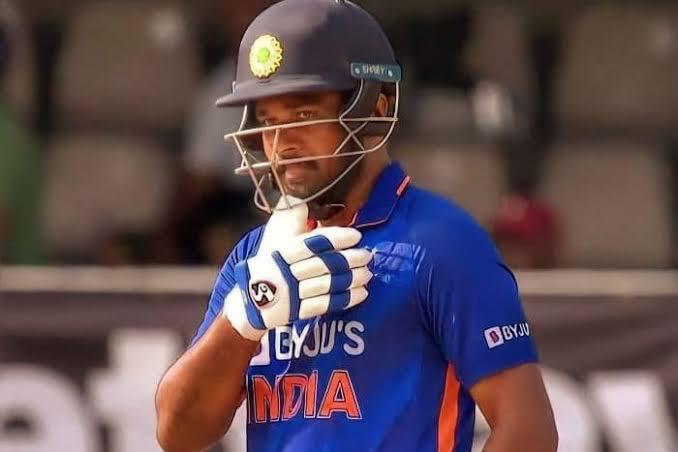 Sanju Samson has been consistent with the bat for India in the limited opportunities he got in 2022 👏🔥#SanjuSamson #NZvsIND #Cricket #ODIs #T20Is #India pic.twitter.com/dVZyTJoNHL

Sanju has massed 294 runs in just ten matches for the Indian team at an excellent average of 73.50. Despite impressing everyone in his handful of appearances, Samson has been struggling to fix a spot for himself in India's playing XI. He is often found on the sidelines as he doesn't get enough opportunities according to his fans.

Meanwhile, fans on social media were excited to see Sanju Samson's name in the playing XI of the Indian cricket team. Check out how they reacted:

Make it count Guy. We will back you as long as your bat backs you. Nothing else will hinder your progress, We guarantee you. Shear public pressure will always works in democracy.

And Still looking for a permanent slot.#SanjuSamson


finally Sanju Samson in the game.... hope he can make some impact 😌🫠🫠#SanjuSamson #INDvsNZ #IndianCricketTeam

Check out the playing XI of both India and New Zealand: