Team India's star batter Suryakumar Yadav continues with his sensational form in the shortest format of the game. On Sunday, SKY played a magnificent knock yet again, which proved why is currently the number-one ranked T20I batter in the world. The star batter walked in to bat when the Indian cricket team was struggling, however, once SKY was in the middle he took the game by storm. He started from where he left off and started scoring freely instantly.

He completed his 50 in just 32 balls and scored the next 50 runs in just 17 balls as he brought up his century off just 49 balls in Mount Maunganui on Sunday. 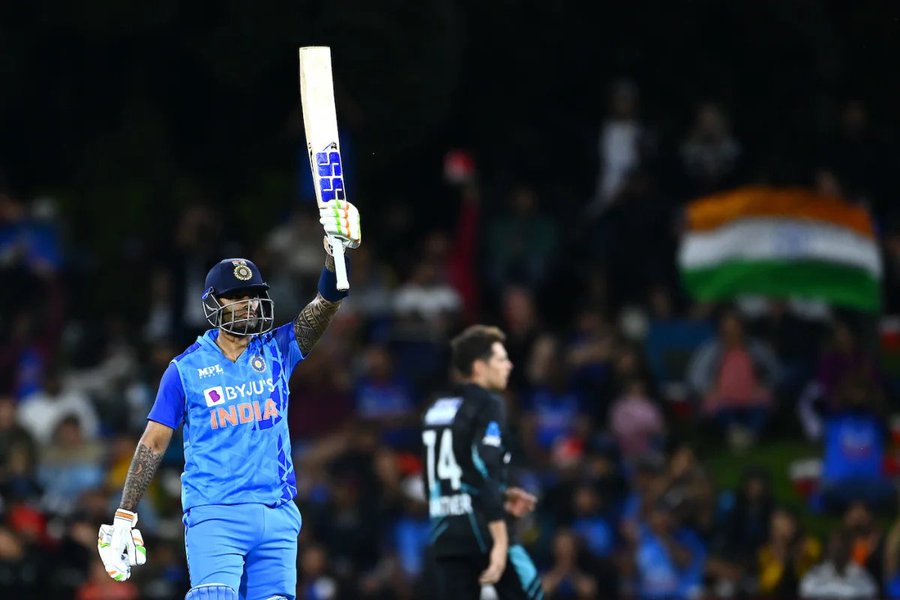 Overall, Suryakumar scored 111 not out off 51 balls. All thanks to SKY's blistering innings the Indian cricket team posted a competitive total of 191 runs for 6 in 20 overs against New Zealand. His stellar knock was laced with 11 fours and seven sixes.

After his stellar knock, Rishabh Pant just like the rest of cricket lovers around the world was left in awe of Suryakumar Yadav. Rishabh Pant gatecrashed Suryakumar's mid-innings interview with the broadcaster and gave him a warm embrace. As he hugged SKY, Pant was heard saying: 'That was an unbelievable innings,'

The video of the same has been going viral on the internet and Pant's gesture has won many hearts. Watch the video:

Following the mind-boggling inning, Suryakumar Yadav said in the mid-innings interview on Prime Sports: "In T20, a hundred is always special but at the same time, it was really important for me to bat till the very end. Hardik was telling me to bat till the 18th or 19th over, and get to a score of 185 or so."

"After the end of the 16th over, we had a chat about taking it deep. It was important to maximize the last few overs. Have been doing the same things over and over again, in the nets and it's just coming off for me."