Indian vice-captain Hardik Pandya, who was hoping to make a comeback vs New Zealand, was involved in one of the most bizarre dismissals ever in the first ODI match. The incident took place during the 40th over of the Indian innings when Hardik was facing Daryl Mitchell. Pandya was looking for a room when he tried to cut the ball which went to the gloves of wicketkeeper Tom Latham. 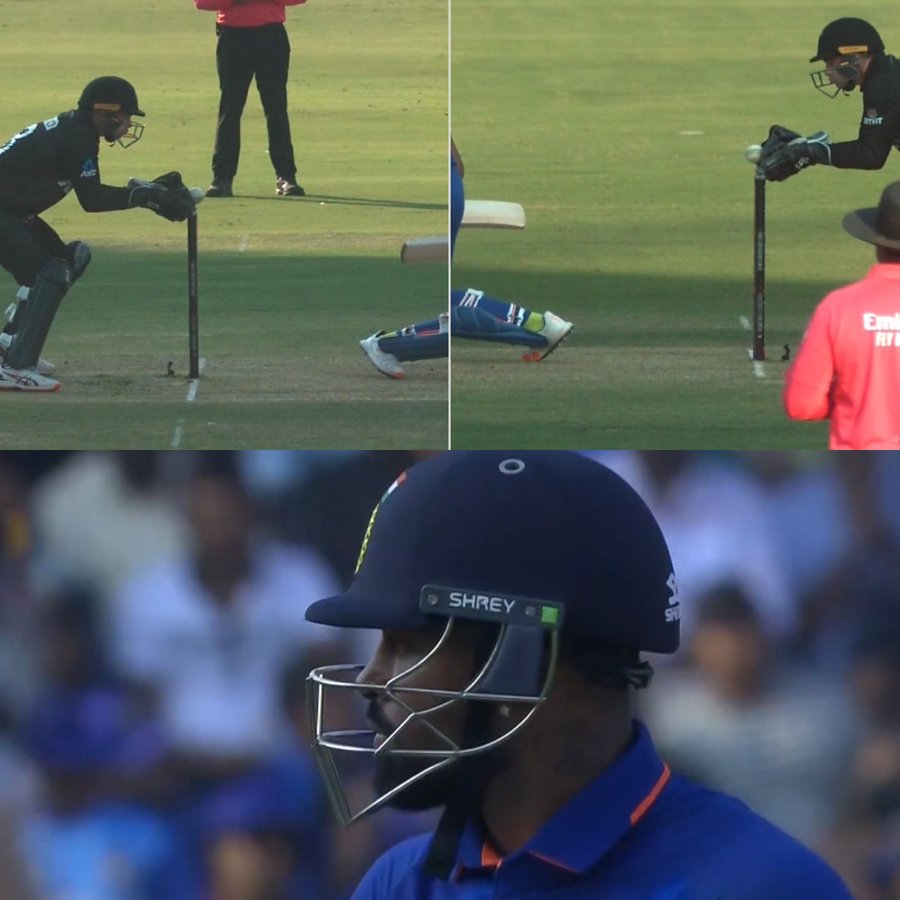 However, the Indian all-rounder wasn't the only one who was left disappointed with the controversial decision as it sparked a huge debate on social media. Taking cognisance of Latham's on-field antics, veteran Indian all-rounder Ravichandran Ashwin also took to his twitter and slammed New Zealand's stand-in skipper.

Giving example of Shubman Gill, Ashwin took a dig at Latham and wrote: "Forget about split screens and replays, the cut shot from Shubhman Gill proved why Hardik was clearly Not Out. #indvsnz,"

Forget about split screens and replays, the cut shot from Shubhman Gill proved why Hardik was clearly Not Out. #indvsnz

Talking about the aforementioned reference, an over after Pandya's dismissal, Tom Latham came up with a strong appeal for hit wicket against Gill. However, the replays showed that the bails came off Latham's gloves and Gill was adjudged not out by the third umpire.

Talking about the match, Indian opener Gill slammed a sublime double century and shattered multiple records in the 1st ODI match against New Zealand at Hyderabad. He played a brilliant knock of 208 runs off 149 balls, the helped Rohit-led Team India posted a challenging total of 349-8 in the 50-over contest. Shubman Gill's knock was laced with 19 fours and fired 9 sixes in his entertaining knock of 208 against the Kiwis.