Wanindu Hasaranga is the world’s number 1 ranked ICC T20I men’s bowler. Nobody has taken more T20I wickets than the Sri Lankan leg-spinner since 2021. But, for a rare instance, on Thursday in Pune, Hasranga was made to look clueless, running out of plans, by India’s number 7 batter, Axar Patel, who perhaps wouldn’t even have played had Ravindra Jadeja been fit.

Chasing a target of 207, India were at, all but out of the game, at 98/5 at the 13-over mark when Dasun Shanaka recalled his trump card, Wanindu Hasaranga, who until then had figures of 2-0-15-1, which were very much Hasaranga-esque, and made to look even better given how flat the Pune pitch was.

In a space of 3 balls, it was Axar Patel - and not the non-striker Suryakumar Yadav - who brought back India’s belief: 6, 6, 6. Hasaranga is rattled. The crowd in the MCA Stadium has gone berserk. And in a jaw-dropping manner, Axar Patel has moved swiftly from 25(15) to 43(18). 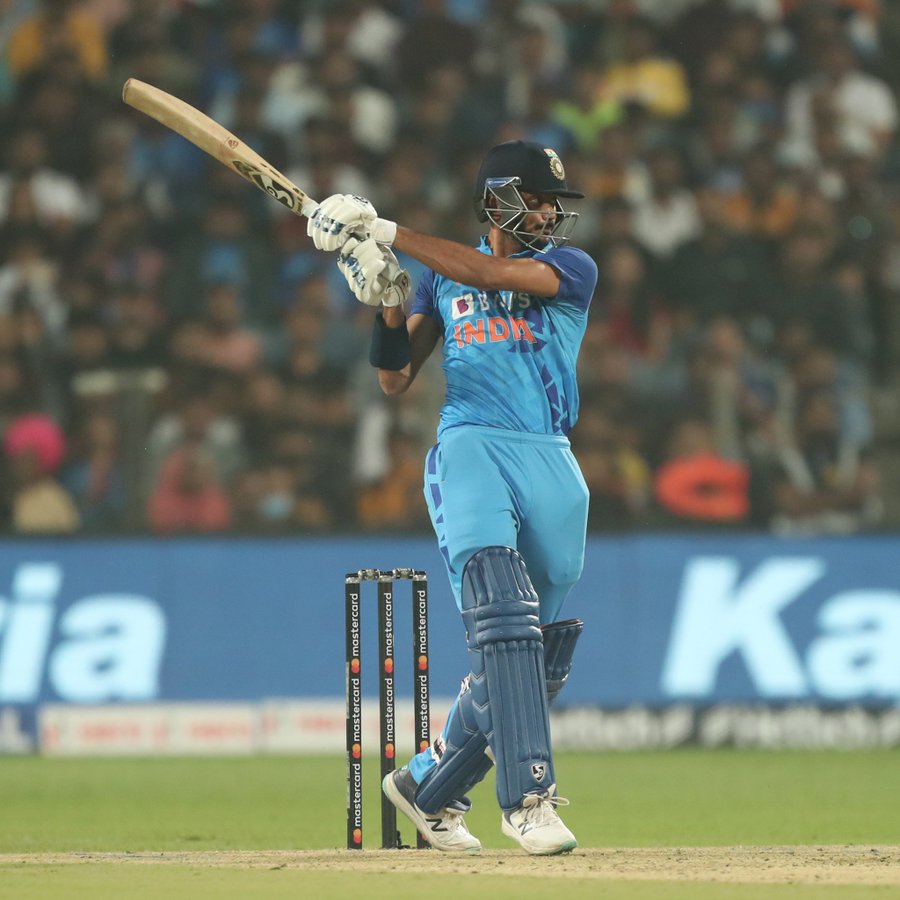 Axar Patel's rise in international cricket in the past two years has been phenomenal. He took Test cricket like a fish to water in 2021, and in 2022, with Ravindra Jadeja being either injured or rested, in those opportunities, Axar has made a strong case to be selected in India's best XI even when Jadeja is fit.

It was Jadeja's batting - both anchoring and lower-order hitting abilities - that had trumped over Axar in the past, even as Axar was the more tidier, and economical bowler. Now, Axar is taking more wickets than he used to, and he is also scoring more runs, and at a quicker rate, than he used to.

In Pune, it showed, as the top-order buckled under the pressure of a big chase and some quality Lankan pace bowling, Axar shined brightly and kept in India in the hunt. And it is not to forget, he returned with figures of 2/24 in 4 overs where Sri Lanka scored over 200 runs.

Fifty in 20 balls by Axar Patel - what a mad knock this has been by Axar. pic.twitter.com/qx4l7Z0p6o

5 sixes in the last 7 balls by Surya & Axar - Incredible.

Axar's batting is getting better & better every other game. He's playing his best t20 knock here...

Outstanding innings from Axar this. His bowling is a definite upgrade over Jadeja in white ball, and the more his batting improves against pace, the better it gets for India.

Against spin, Axar has already shown that he's better. Played a good knock in Bangladesh too.

Indian cricket my great grandfather dreamed of. Madness after being 5 down. When even Dawood switched off his TV, Surya and Axar revived.

Convinced that Jadeja would have never done what Axar has been doing with the bat. Has comfortably become the first choice sla/#7 bat for India in T20Is. Unbelievable turnaround since IPL 2022 from Axar.

A partnership no one expected! pic.twitter.com/ysVNIjZ87B

Irrespective of the result,what a display of batting from Axar here.

Has shown what he is capable of with his improved batting,can be a real asset to any team in relatively low bounce conditions.#INDvSL #CricketTwitter

50*(20) for Axar Patel - HIGHEST score by an Indian batter batting at 7 or below! pic.twitter.com/EZFVJATxtQ

Axar is playing a blinder. Wow.