IPL 2023: Nita Ambani Made An Emotional Statement About Kieron Pollard After He Announced His Retirement

IPL 2023: Nita Ambani Made An Emotional Statement About Kieron Pollard After He Announced His Retirement 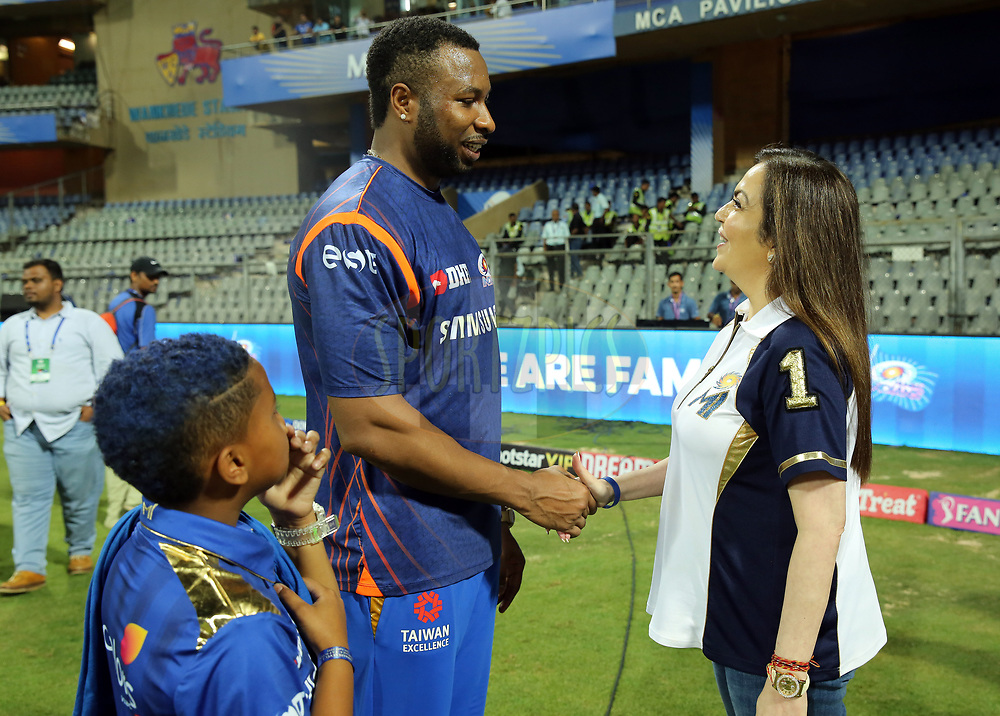 Pollard took to his social media to announce the big news as he shared an emotional note for his fans. He wrote: “It hasn't been the easiest decision to make as I will keep playing for a few more years, but I understand that this incredible franchise which has achieved so much needs to transition and if I'm no longer to play for MI then I cannot see myself playing against MI either. Once an MI always an MI. I am immensely proud, honored, and blessed to have represented the biggest and most successful team in the IPL for the past 13 seasons. Most sincerely, I express my deep appreciation to Mukesh, Nita, and Akash Ambani for the tremendous love, support, and respect I have always felt and for the confidence, they placed in me. I recall our first encounter when they welcomed me with open arms saying, “We are family”. Those were not just mere words, but demonstrated by their every action throughout my time with Mumbai Indians.”

Meanwhile, ever since the news came out social media has been buzzing with amazing reactions and tributes from the fans and cricketers alike for the legendary cricketer. Mumbai Indians owner Nita Ambani also expressed her feelings as she hailed the legacy of Pollard. She said:

“For me, Pollard has exemplified what Mumbai Indians stand for – Khelenge Dil Khol Ke! Right from Season 3, we have shared joy, sweat, and tears – those powerful emotions that forge lifelong bonds on and off the field. He has played an important role in the success of MI and has been a part of the winning side for both our Champions League trophies and all 5 IPL wins. We will miss seeing his magic on the field for MI, but I'm delighted that he will continue to play for MI Emirates, and also mentor young players as the batting coach for MI. May his new journey with MI and MI Emirates bring him even greater glory, triumph, and fulfillment. I wish him all the very best!”

Mr. Akash Ambani, said: “Polly leaves behind a huge legacy as a player with Mumbai Indians. Fans roared every time he took to the field. A valued member of the MI family and a great friend, he played the beautiful game of cricket with utmost commitment and passion all through his IPL career with us. Pleased to have Polly continue to be a part of the MI Family as a batting coach for Mumbai Indians and as a player with MI Emirates. We believe, Polly will be as dynamic and impactful as a coach, just like the way he was, when he took to the field for us. His insights will be invaluable to the team, though the Mumbai Indians, Wankhede Stadium and the Paltan will miss him play on the field.