Jasprit Bumrah Back In The Nets, Will The Fast Bowler Play In Test vs Australia?

In what is a massively positive news for Team India and its fans, fast bowler Jasprit Bumrah has raised hopes of a sooner-than-expected comeback after he started bowling in the nets again.

Jasprit Bumrah, who last played for India in September last year, was not named in the squad for the first two Tests against Australia for the Border-Gavaskar Test series, which will start on February 9. However, if Bumrah completes his full recovery and is declared fit to be able to play in a red-ball, multi-day match, that he could be slotted in straight into the squad, and in the playing XI.

He is currently getting treatment for his back injury issues at the National Cricket Academy in Bengaluru.

On Saturday, all-rounder Venkatesh Iyer shared a video of facing Bumrah in the nets on Instagram. With a slower, shorter run-up, Bumrah seemed comfortable with his speeds and action, and accuracy.

Venkatesh Iyer put up a motivating caption to the video for Bumrah. 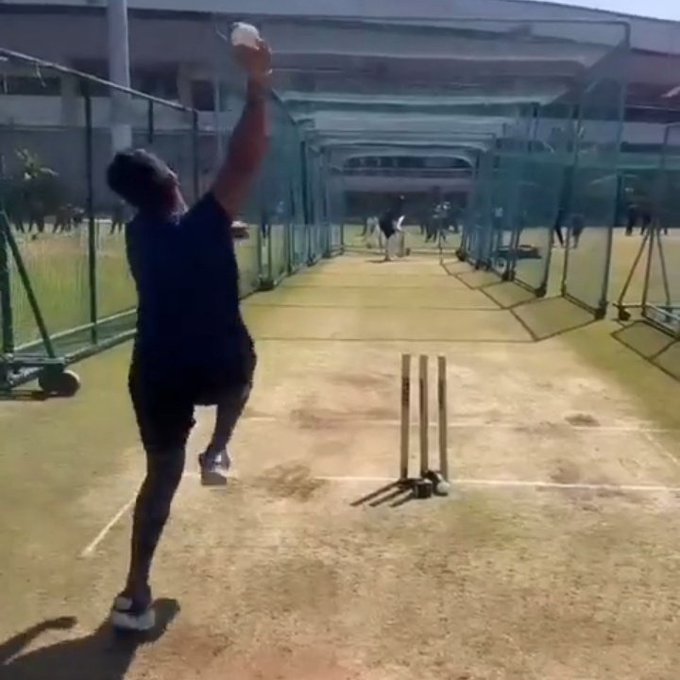 Here, check out the post in which Jasprit Bumrah is bowling in the nets at the NCA:

Will Bumrah play in Test series vs Australia?

No. Bumrah is not declared fit yet. Even though the recovery looks good, Jasprit Bumrah is unlikely to play in the first two Test matches against Australia. India won't worry too much about it, though, as they have a deep pace attack to choose their bowlers: Shami and Siraj are likely to play, and Umesh and Unadkat would be on the bench as India are expected to go in with only 2 pacers and 3 spinners.