India’s star opener KL Rahul has been receiving praises from all corners for his terrific performance on Day 1 of the ongoing first Test between India and South Africa at the SuperSport Park in Centurion. Rahul showed immense fighting spirit and stayed unbeaten on 122 off 248 with the help of 17 fours and one six on Day 1. 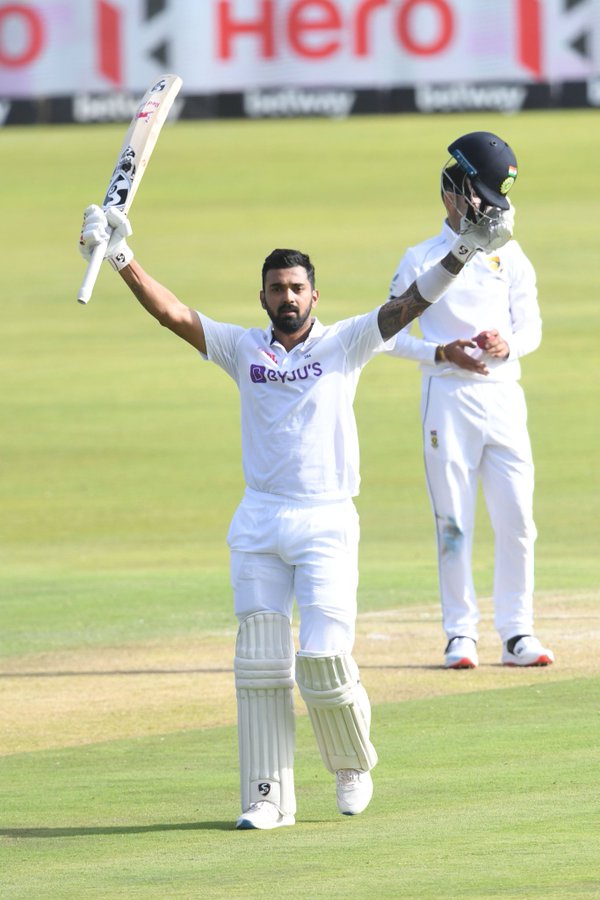 En route to his century, Mayank Agarwal, Pujara, and Virat Kohli lost their wickets but Rahul stood strong in the middle and didn’t let the pressure get to his head. He remained focused and added a few more runs and eventually reached his 7th century in the longest format of the game.

Later, Rahul talked about his stunning century at the Centurion. Expressing his feelings, Rahul said that the century was truly special. He said:

“I mean, it is truly special; every hundred really takes something out of you and gives you a lot of joy. There are so many emotions you go through when you score a hundred. You play and fight for 6-7 hours’ those are the kind of innings that really stand out and as players, we really cherish these,”

“Really happy that I could stay there not out, and it is what is expected out of me. Once I and Mayank got off to a good start, I started enjoying my batting, and I did not think too far ahead,”

“Preparation has been really good; the purpose and the intensity we had in training that was something very refreshing. All the batters that batted on Day 1 were really focused; you could see that we have put in a lot of work,”

Riding on the brilliant century by KL Rahul, the Indian side made a superb start to the ongoing tour of South Africa.

Mayank Agarwal Gave A Hilarious Reply On His Controversial Dismissal