On 18th December, Argentina lifted the FIFA World Cup title after defeating France in a dramatic final at the Lusail Stadium in Qatar. Both the sides were leveled at 3-3 at the end of 120 minutes, Argentina emerged victorious in the penalty shooutout as Lionel Messi, Argentina's captain ended a long wait to lift the World Cup trophy.

Lionel Messi, who is hailed as one of the greatest footballers in the history of the game, only had a World Cup title missing from his incredible list of achievements and records. And as the GOAT player lifted the world cup trophy, fans around the world cheered and celebrated with him. Even in India, football fans were elated with the Argentinian star ending the long wait for the title. 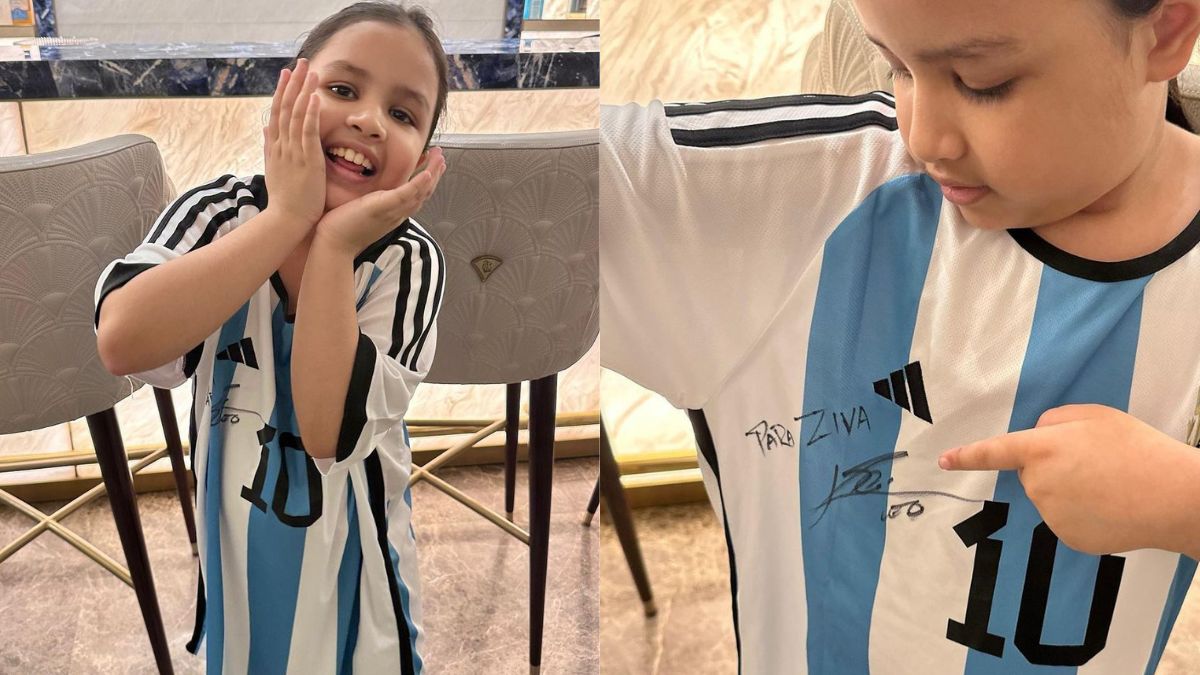 Messi's heart-winning gesture for one of his fans

Messi enjoys a great fan following around the world and getting a picture with him or his autograph is a big thing for his fans. On Tuesday, Messi came up with a heartwarming gesture for one of his fans -- Ziva Singh Dhoni, the daughter of legendary Indian captain MS Dhoni.

Yes, you read that right. Messi sent a signed shirt with the message  “Para Ziva (For Ziva),” and the latter took to her social media and shared a picture of herself wearing the jersey. The post was captioned  “Like father, like daughter.”

Meanwhile, Messi will return to Paris St Germain at the beginning of January, the Ligue 1 club's manager Christophe Galtier confirmed on Tuesday.

Messi will also miss PSG's home league game against Strasbourg on Wednesday and the trip to Lens on Sunday. "He (Messi) had to return to Argentina for the celebrations, the receptions and we decided that he was going to be off until the 1st of January," Galtier told reporters.

"And so he will come and join us, either on the 2nd or the 3rd, to be able to resume competition with us, when he will have had between 13 and 14 days of recovery."

*With inputs from agencies