Former Indian opener Gautam Gambhir is hailed as one of the finest white-ball players to have played for the Indian cricket team. The talented star has been a part of many memorable and iconic cricketing moments of Indian cricket. He played a crucial role in India's two World Cup wins, being the top scorer for India in both the finals of the T20 World Cup 2007 and the ODI World Cup 2011.

Besides his contribution to the Indian cricket team, he is known for his serious nature. He isn't someone to show his emotions much irrespective of the situation. In fact, he didn't get too emotional during his playing days apart from one or two incidents whether the team won or lost. While Gambhir remains serious most of the time, it's a running joke that anyone who has seen him laugh is either telling a lie or it's a miracle. 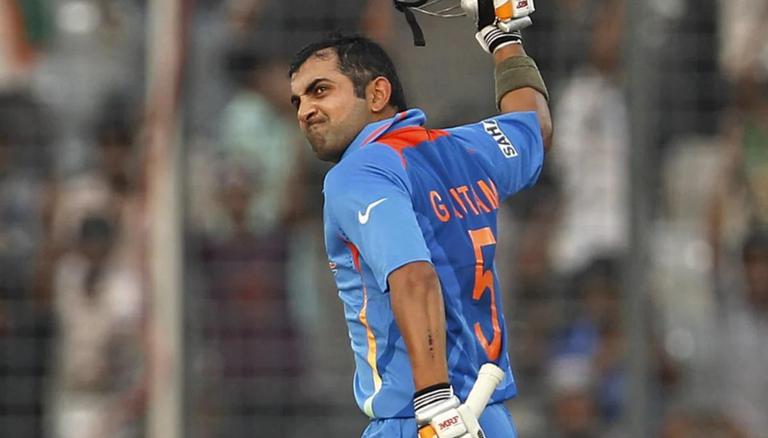 Meanwhile, former Indian cricketer Mohammad Kaif pulled off a hilarious joke on Saturday as he shared a picture of Gambhir laughing his heart out. Not only Kaif made Gambhir laugh but he also admitted that he did a big job by making his former teammate laugh. Sharing the picture, Kaif wrote:

"Kai apne dum par toofaan thama de, kai aur josh mein chattaan hila de, hum toh bas voh hain jo Gambhir ko hasa de (Some can stop a storm on their own, some can move mountains but I am the one who can make Gambhir laugh.)"

The post went viral in no time and was flooded with amazing reactions from the fans. Check out some of the hilarious reactions:

Mohammad Kaif, Gautam Gambhir and Ajay Mehra, all three in the picture are currently a part of the Hindi commentary team for India vs Sri Lanka series for host broadcaster, Star Sports. The Indian cricket team has already won the series by 2-0 and would hope to clean swipe Sri Lanka by winning the 3rd ODI match in Thiruvananthapuram.