Indian opening batter Shubman Gill is making the most of the opportunity that he got in ongoing India vs Sri Lanka ODI series as he registered yet another brilliant century in the 3rd ODI match of the series at the Greenfield International Stadium, Thiruvananthapuram on Sunday.

As the game kickstarted, Indian captain Rohit Sharma won the toss and decided to bat first. All thanks to the amazing opening partnership of Rohit Sharma and Shubman Gill, the Indian side made a solid start to the innings. Shubman Gill scored a sensational ton in the third ODI between India and Sri Lanka on Sunday. He played a sensational knock of 116 runs off 97 balls in the match at Thiruvananthapuram. His amazing knock was laced with  14 fours and two sixes.

With his stunning knock, Shubman Gill sent a strong message to his critics who had criticized the Team India management and Rohit Sharma for picking him as Rohit's partner for the series instead of Ishan Kishan, who had smashed a double-century in his previous outing. 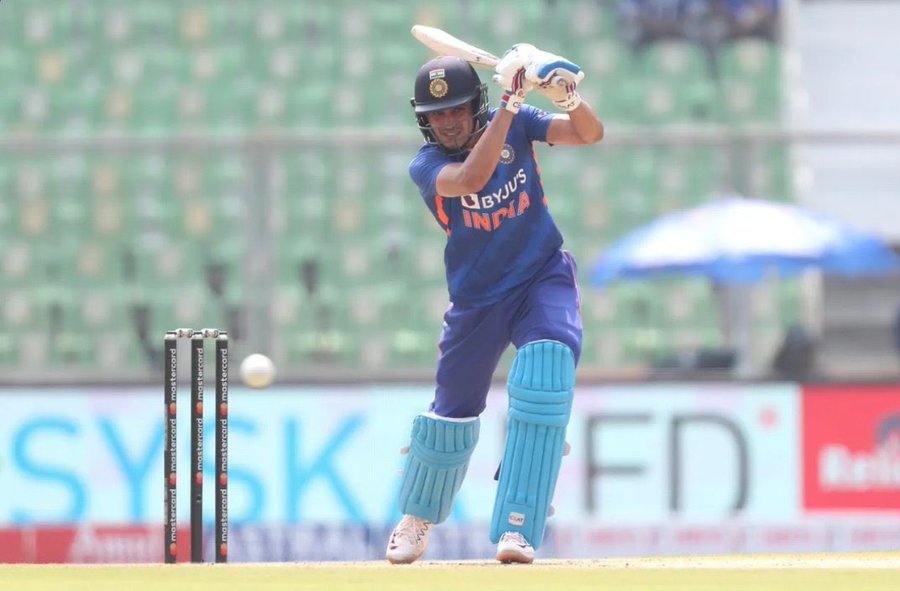 With this knock, Gill has strengthened his case as a regular opener in the ODI format. In the 17 ODIs he has played so far he has scored 778 runs with the highest score of 130.

Meanwhile, as soon as Shubman reached the triple-figure mark social media was flooded with amazing reactions from the fans. Several cricketers and experts also took to social media and hailed the performance of Gill.

Veteran keeper-batter Dinesh Karthik took to his social media and heaped praises on the star batter. He wrote: "Great knock @ShubmanGill! Congratulations on your 1st ODI century at home. There is a lot more in store for you."

Former cricketer and popular commentator, Ian Bishop also took to his Twitter and posted a special tweet for Gill. He wrote: "Shubman Gill continues to build and learn. Generation next!👍🏼👍🏼."

Popular Indian commentator and cricket analyst Harsha Bhogle also joined the bandwagon and wrote a special tweet for Gill. In his Tweet, Harsha hailed Shubman Gill for his 'unhurried' innings and 'untroubled' century. He wrote:

"An untroubled century, an unhurried innings. Shubman Gill has been majestic"

Check out a few more reactions from the fans: