The Karachi Test match between Pakistan and New Zealand witnessed a dramatic end. Despite a late strike by the Kiwis on the final day, the first Test match between Pakistan and New Zealand ended in a draw. Though both the teams gave tough competition to each other, but with time running out, the Kiwis finished the final day at 61/1 in their pursuit of 138 runs. On Day 5, despite overs remaining, umpires decided to call it a day due to bad light in the final hour.

Talking about the game, the Babar Azam-led Pakistan cricket team started the final day of the Test with 77/2, trailing by 97 runs. Pakistan gambled with 311 runs on board and a lead of only 137 runs in the final hour and decided to declare the game with 2 wickets in hand. Chasing the target of 137 runs, New Zealand came out all-guns-blazing but the umpires decided to end the match in the 8th over because of lights. New Zealand scored 61/1 in 7.3 overs. 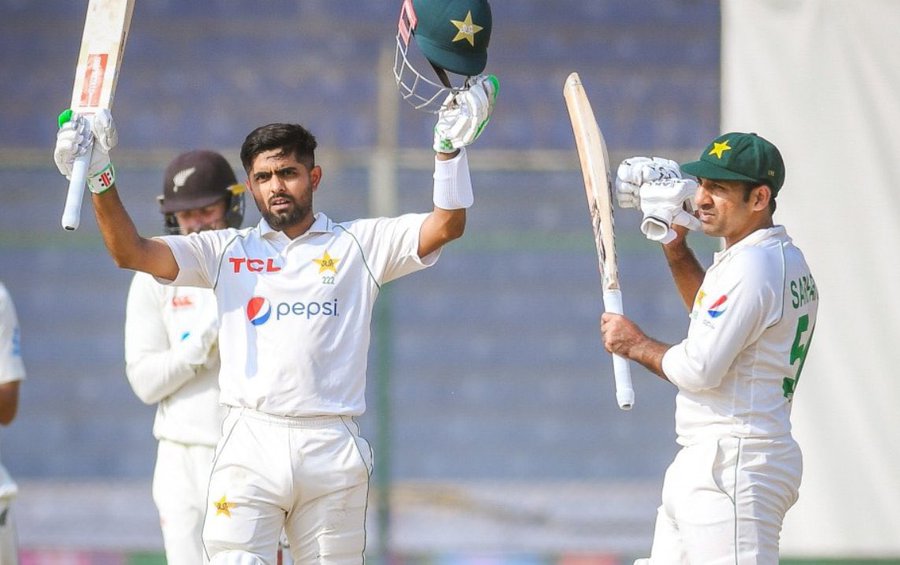 Earlier in the game, in the first innings, Pakistan posted a total of 438 runs on the board, riding on the centuries from Babar Azam and Agha Salman. In reply, New Zealand's former captain Kane Williamson's double century, and Tom Latham's hundred helped the Kiwis to post a total of 612 runs. For Pakistan, Abrar Ahmed grabbed a five-wicket haul.

Meanwhile, Babar Azam's decision to declare the innings after taking a lead of just 137 runs with 2 wickets remaining, is getting criticized. The Pakistan captain is getting trolled left, right, and center for the same.

Indian commentator and popular cricket analyst Harsha Bhogle also took to his social media and shared his thoughts about the same. He wrote: "When you declare an innings and set a target, you must believe you have a fair chance of winning the game. With this declaration, only two results were possible: a draw or a defeat."

When you declare an innings and set a target, you must believe you have a fair chance of winning the game. With this declaration, only two results were possible: a draw or a defeat.