PAK vs NZ: Sarfaraz Ahmed Is Trending On Twitter

Sarfaraz Ahmed had a dream comeback, and only a win in Karachi - which evaded Pakistan by 15 runs and New Zealand by 1 wickets with 3 overs still remaining before both parties shook hands for a draw as it could have gone either way - could have made Sarfaraz Khan’s comeback even sweeter.

Nonetheless, after being sidelined and ignored for almost four years, former skipper Sarfaraz Ahmed replaced the media-favored Mohammad Rizwan for the New Zealand series in December - Pakistan having its own Boxing day Test and New Year’s Test this time - and put up terrific performances throughout the 2 Tests series, which ended in 0-0 on Thursday. 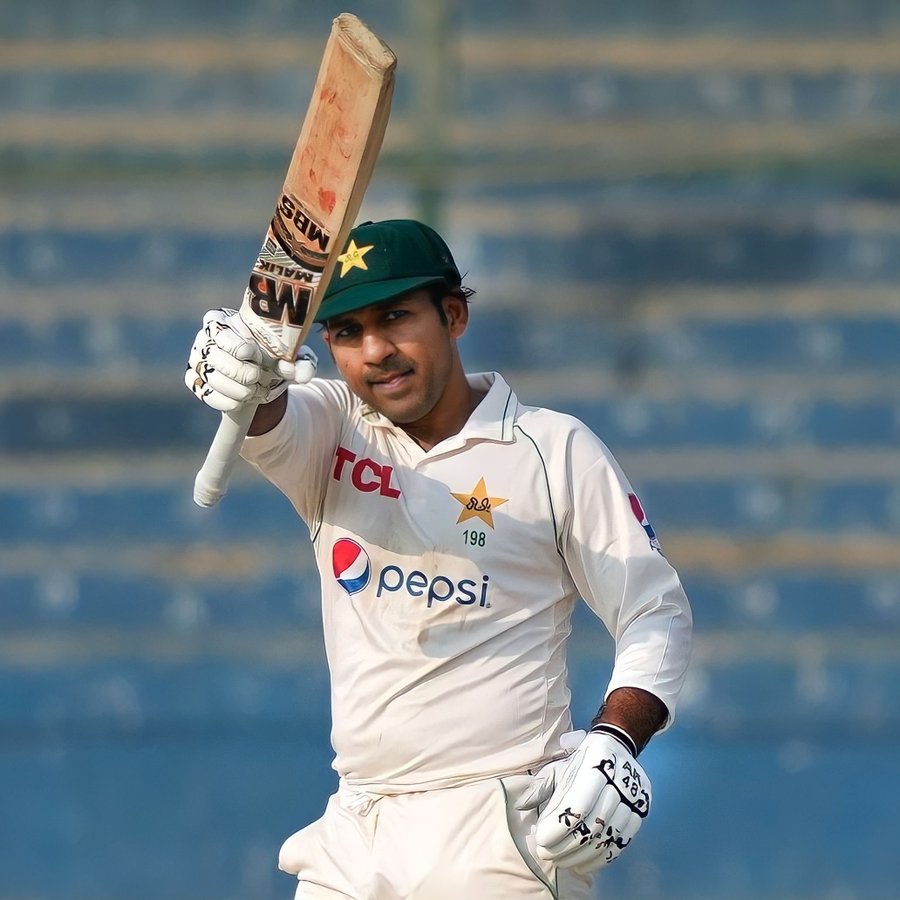 In 4 innings in this series, Sarfaraz Ahmed plundered 3 half-centuries and a century; he saved the best for the last innings - a knock of 118(176) helping Pakistan not only avoid a loss on Day 5, but bringing them to the brink of a historic win in Karachi. He finished the series with an average of 85.

In the chase of 319, Pakistan were reeling at 80/5 before Sarfaraz Ahmed and Saud Shakeel rescued them with grittiness and tenacity. Agha Salman and Naseem Shah gave the ball a thump to bring Pakistan closer to the target. But with only 1 wickets left and number 10 and 11 batting, Naseem and Abrar, thought it was best to avoid a loss while trying to hit more in pursuit of the target.

Fans on Twitter hailed Sarfaraz Ahmed for his surreal comeback to the Test team:

When life gives you another chance, grab it like Sarfaraz Ahmed! What a player 👏 #PAKvNZ pic.twitter.com/h8icazMuwZ

A draw it is! They lost 15 minutes due to prayers and how the players from both sides would probably want that time back.

Ultimately, no redemption for the Karachi pitch curator.

Stand up for the local hero! Sarfaraz Ahmed, take a bow 👏 #PAKvNZ pic.twitter.com/HGgzKlAJEL

Sarfaraz Ahmed's brilliant return with the bat to the Pakistan Test side:

This is the first ever Test match where the wicketkeeper scored 50+ in all four innings.

You see that hunger, satisfaction, those emotions after Sarfaraz reached his 100. He waited long, and he got it now. One of the finest moments in Cricket this year so far.#PAKvsNZ#CricketTwitterpic.twitter.com/II83vjH7U7

Sarfaraz Ahmed in the Test series against New Zealand:

For home Tests, Sarfaraz just as a batter makes it, maybe both him & Riz can play together during the home Test season.