West Indies cricketer Chris Gayle left his fans amazed after he dropped some major hints about retirement from the game.  Though the cricketer hasn’t announced his retirement yet, his gestures said it all.

As West Indies played the last game of their Super 12 match in the ongoing T20 World Cup, the Australian players gave a guard of honor to West Indian cricketers, Chris Gayle and Dwayne Bravo.

Earlier after Chris Gayle was dismissed by Pat Cummins, he was seen waving his bat around to the fans on his way back to the pavilion. This was the gesture that said a lot of things. Later, he was also seen distributing cricketing gears to fans in the stands. 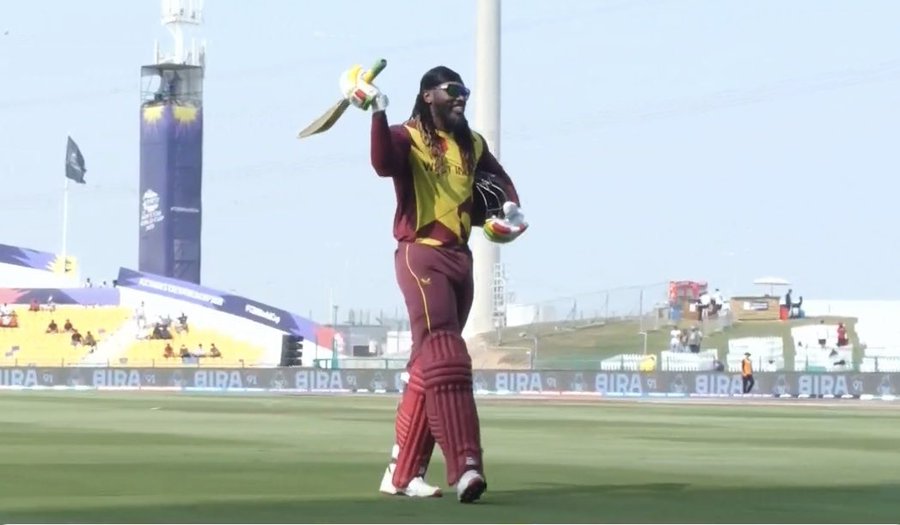 The veteran West Indies legend, who is famously known as ‘Universal Boss’ among his fans, debuted in international cricket in the year 1999 against India, went on to represent his national cricket team for 22 years. He has had an incredible career and is hailed as one of the legends of the shortest format of the game.

Therefore, when he raised his bat in front of the fans after his dismissal on Saturday, the overwhelmed fans flooded social media with their amazing tweets and tributes for the legend.

Among many, the legendary Piers Morgan also joined the bandwagon and wrote a special tweet for Gayle. In his Tweet, the legendary broadcaster Piers Morgan hailed Chris Gayle and paid tribute to him by congratulating him on his monumental career. He wrote:

“The greatest entertainer in the history of world cricket bows out. What a batsman, what a character, what an irrepressible life force. A joy to watch him play, an honour to call him a friend. Congrats on a monumental career, Universe Boss @henrygayle”

Chris Gayle was quick to notice the Tweet and come up with a reply to it. In his reply, he appreciated the message from English television legend Piers Morgan and thanked him. He wrote:

Here, check out the reply:

How To Bet Successfully on the Indian Premier League