After two disappointing days on-field in the ongoing 3rd Test match, the Indian cricket team finally made a comeback on day 3 as they performed well with both ball and the bat after trailing by 354 runs at the beginning of their second innings. Surprisingly, Cheteshwar Pujara made a solid comeback into the game and turned out to be the hero with the bat.

As the game kickstarted on Day 3, Rohit Sharma gave a flying start to his team. Cheteshwar Pujara walked out to bat after KL Rahul got dismissed on the last ball of the 19th over. Pujara’s knock at number three batsman was the need of the hour for team India as it helped in regaining some control in the game. Cheteshwar Pujara gave a shutting reply to his critics as he played an amazing knock and has so far scored 91* runs to keep the Indian team alive in the game. So far, he has smashed 15 boundaries during his knock. Later, Pujara was well supported by the Indian skipper, Virat Kohli, who also played a brilliant knock of 45* runs off 94 runs and has so far hit 6 fours during his knock.

Meanwhile, a screenshot of Ashwin’s Youtube story has been making rounds on social media, where Ashwin revealed the conversation he had with Pujara before his knock. Ashwin revealed that when Pujara was all padded-up in the 2nd innings, he advised him “Life is very short nanba, always be happy. Palavidhaaa, problems will come and go. Konjam chill pannu maappi!!” 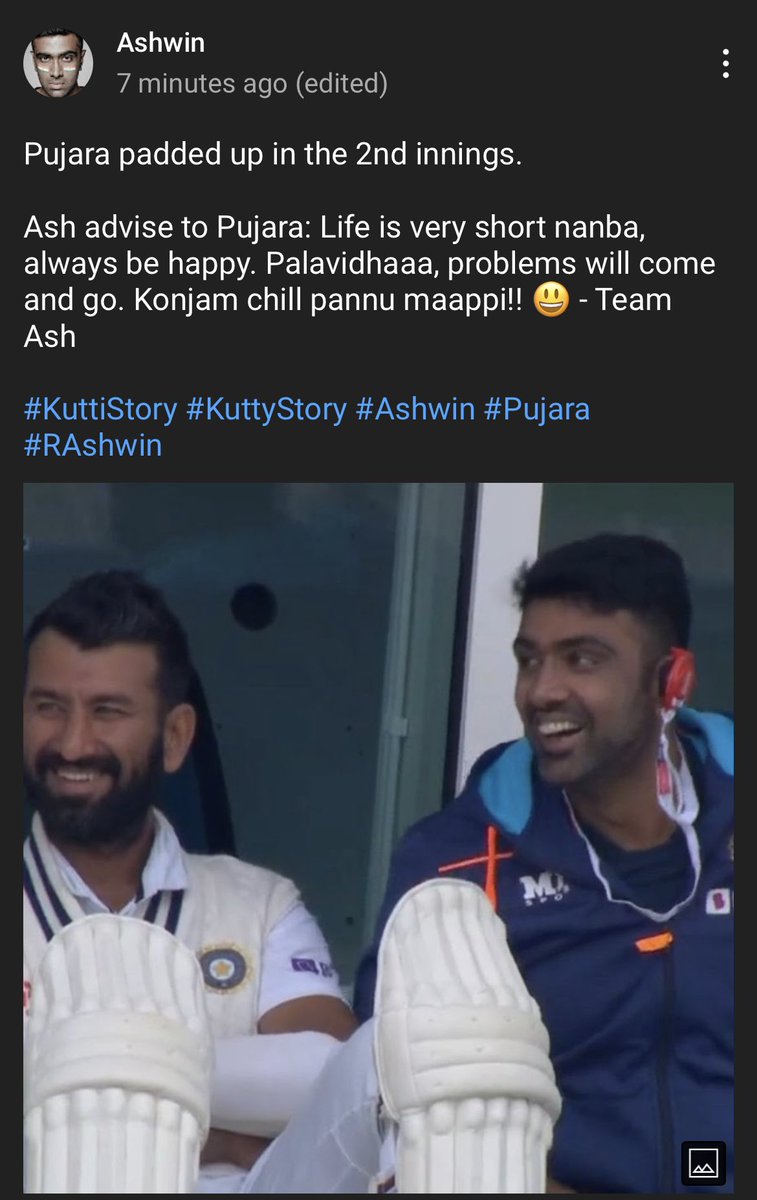 A Troll Insulted Aakash Chopra And Got A Fitting Reply