Indian captain Rohit Sharma has provided a big update on pace sensation Jasprit Bumrah ahead of the much-awaited Border-Gavaskar Trophy, which is scheduled to be played from February 9 onwards. The Rohit Sharma-led Indian cricket team is currently riding high on the back of consecutive series wins against Sri Lanka and New Zealand in the ODI format of the game.

Team India registered a series whitewash 3-0 against the Black Caps after emerging victorious by 90 runs in the final ODI played in Indore. Following the amazing win, Rohit responded to a query related to Jasprit Bumrah’s return to the team after being on the sidelines because of a back injury.

Bumrah has not played for India since a three-match series in September 2022 against Australia. His absence was badly felt during the T20 World Cup 2022 and Asia Cup 2022, where the Indian side failed badly. Ganguly feels Jasprit's injury can create a problem for India. Jasprit Bumrah's absence has become one of the biggest talking points in Indian cricket as it is the 50-year World Cup year. Bumrah was expected to return to the Indian squad for the ODI series against Sri Lanka after a lengthy injury layoff, however, he has ruled out again after failing to fully recover from the lower-back stress fracture. 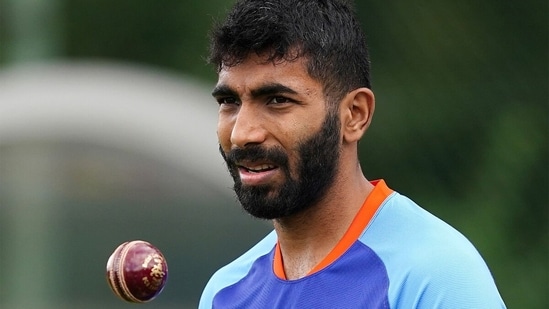 Speaking about Bumrah's absence from the squad, Rohit said: "About (Jasprit) Bumrah, I am not too sure at the moment. The first two Test matches, of course, he is not going to be available. I am expecting...I am hoping, not expecting, that he plays the next (last) two Test matches (against Australia). We don't want to take any risks with him as back injuries are always critical. We have a lot of cricket coming back after that as well,"  Rohit was quoted as saying by NDTV.

He also added that he would like to see Bumrah take part in the final two red-ball clashes against Australia. He said: “We are in constant touch with physios and doctors in NCA. We will monitor. The medical team will give him as much time as he wants,”