Earlier this month, Shubman Gill cracked what was his third ODI century. The 23-year-old opener went one step further and converted his hundred into a massive double hundred, becoming the youngest batsman to hit a double century in ODIs.

Only last month, it was Ishan Kishan, 24, who achieved this record when he scored 210 (his maiden ODI ton) against Bangladesh in Chattagram.

Gill, who had been picked over Kishan as the ODI opener, has now cemented his place with centuries against Sri Lanka and a double hundred vs New Zealand, a knock of 208 runs off 149 balls, in Hyderabad. 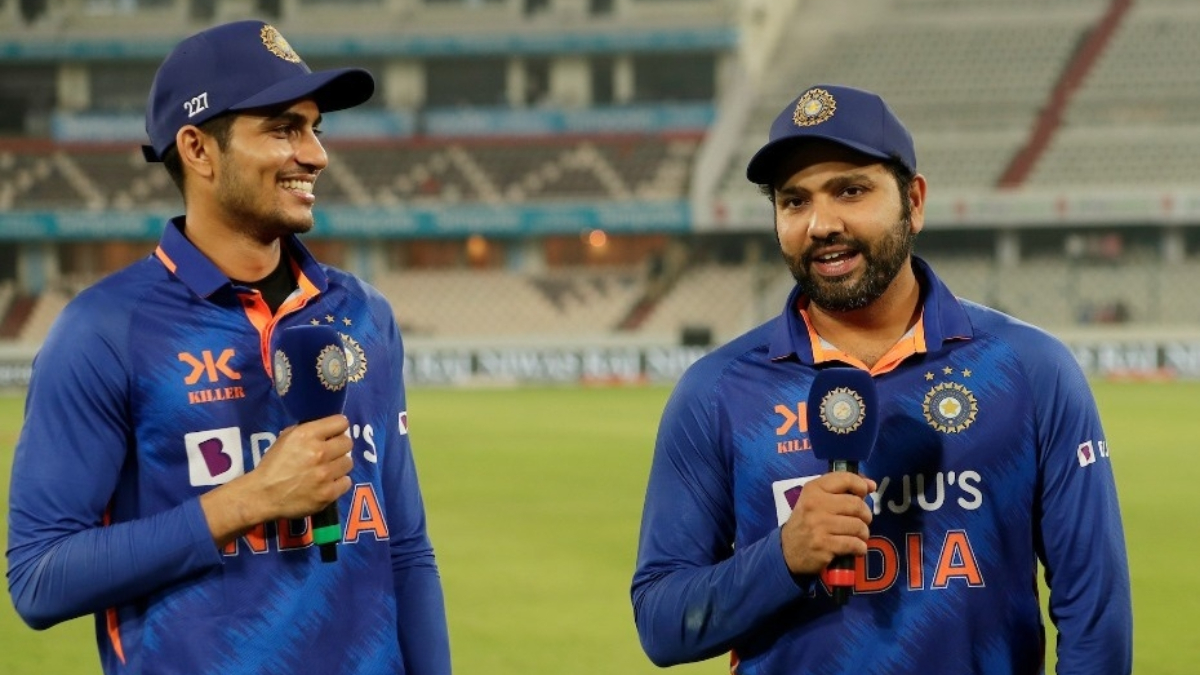 It seems like Shubman Gill has been certainly learning to play big knocks from the man who holds the record of 3 ODI double centuries: Rohit Sharma. Gill and Rohit’s partnership so far against Sri Lanka and New Zealand have been refreshing from India’s powerplay point of view as both the right-handers have taken the aggressive route in the first 10 overs.

Rohit Sharma has had confidence and faith in Shubman Gill’s talent, and ability, and had touted him for a great future three years ago, even when Sharma was yet to become India’s skipper.

After Gill hit a record double century against New Zealand, a tweet of Rohit Sharma’s from 2020 went viral among fans.

Gill had taken to Twitter to wish Rohit Sharma on the latter’s 33rd birthday. Gill had tweeted, “Well no one does pull shots better than the #Hitman Happy Birthday! @ImRo45.”

Rohit Sharma not only replied to the wishe from Gill, but also let the fans, and Gill know that he will have a bright future: “Thanks future.” Rohit replied.

Here is Rohit Sharma's tweet on Shubman Gill from 2020:

Rohit was impressed by Shubman Gill's tempo in his brilliant knock, where he started off at a sedate rate and then accelerated superbly despite India losing regular wickets.

"The way you constructed your innings was superb to watch because on the other side we were losing wickets at regular intervals. It is not easy for a set batsman to continue batting in a similar fashion with wickets falling on the other end," Rohit said to Gill in a video posted by BCCI. "Our next best score is 34 after your 208, and that tells you a lot how well you batted," he added.