India's star wicketkeeper Rishabh Pant miraculously survived a tragic car accident while he was returning from Delhi to Uttarakhand. As per Uttarakhand DGP Ashok Kumar told India Today that Pant was driving his Mercedes car that caught fire after getting rammed into the road divider at the Narsan border. Pant himself revealed that he lost control of the car after he dozed off while driving, according to the Director General of Police in Uttarakhand.

Rishabh Pant was alone in the car when it collided with a divider and burst into flames. The keeper-batter had to break the windshield to escape the car and survive the impact. The cricketer was on his way back home to Uttrakhand to surprise his mother and celebrate New Year at his native house.

The Board of Control for Cricket in India (BCCI) has shared a medical update on Pant, which reads: “Rishabh has two cuts on his forehead, a ligament tear in his right knee and has also hurt his right wrist, ankle, toe and has suffered abrasion injuries on his back.”

Meanwhile, the young talent has been receiving blessings from all corners for his speedy recovery. From celebrities to cricketers around the world, everyone is taking to social media and praying for the Indian keeper.

India captain Rohit Sharma's wife, Ritika Sajdeh, has lashed out at those who have circulated 'inappropriate' pictures and videos of injured cricketer Rishabh Pant. Ritika took to her Instagram and slammed the people who shared pictures of the injured star.

It has to be noted that ever since the accident took place multiple pictures and videos of the injured Pant from the car crash site, including CCTV footage, have gone viral on the internet. Ritika called it an act of "insensitivity" and wrote:

“Shame on you for posting images and videos of someone who’s hurt and unable to decide whether or not they want that out there. They have family and friends who were terribly affected by these images. There’s journalism, and then there is just plain insensitivity.” 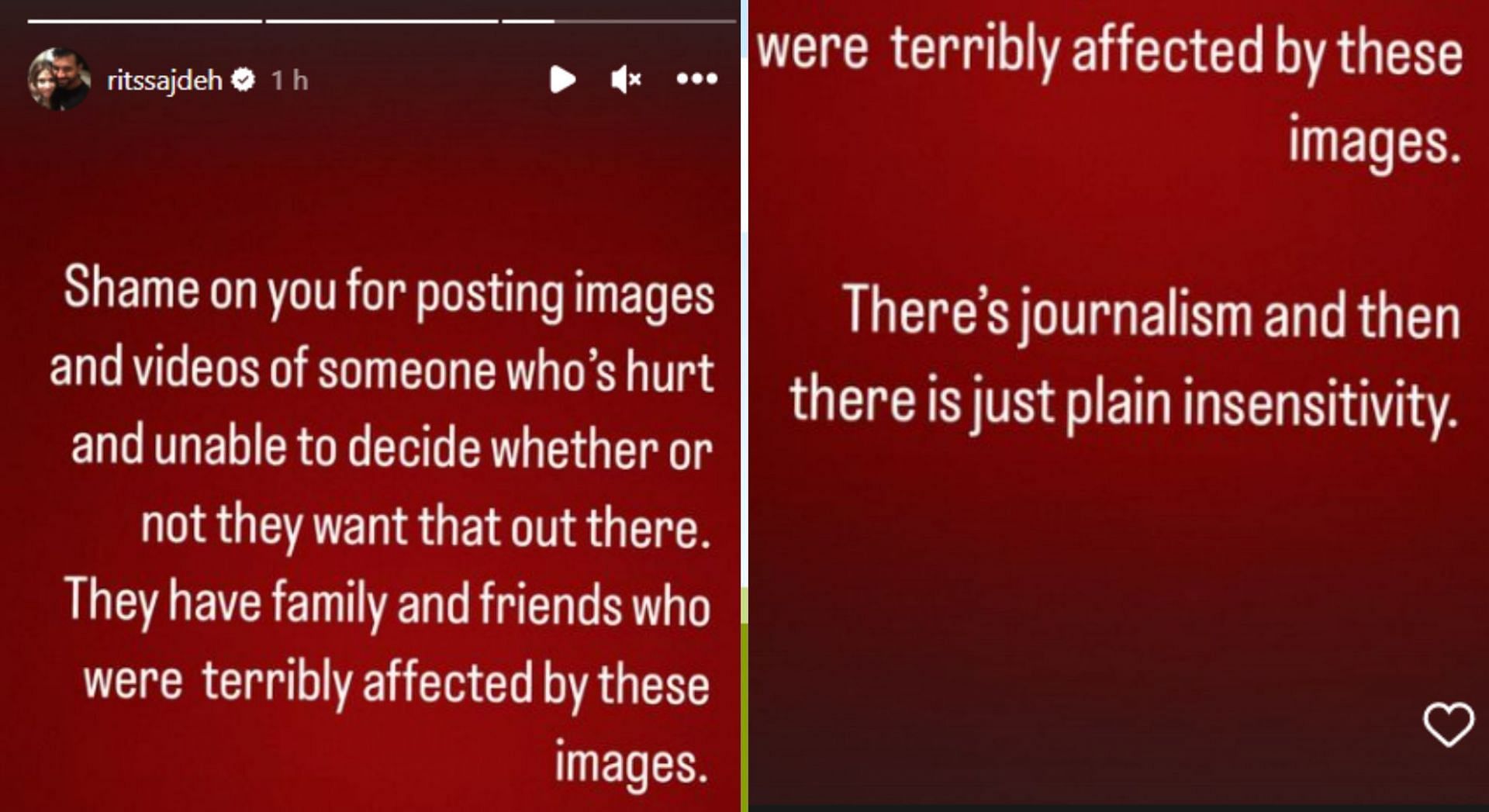