Sachin Tendulkar is hailed as one of the greatest players to have played the game of cricket. There will be hardly anyone from the current generation of Indian cricketers that didn't look up to the batting legend while growing up. Sharing a dressing room with Sachin was a blessing for them. And former Indian cricketer Suresh Raina recalled a special incident from 2014 during his commentary stint in the ongoing SA20 involving the Indian batting legend Sachin Tendulkar.

Suresh Raina, who retired from all formats of the game in September 2022, has embarked on this new journey as a commentator. He revealed that he trained with Tendulkar for two weeks before flying to England for the white-ball leg of the 2014 series. Raina's hard work turned out to be fruitful as he scored a  memorable century in the ODI series at Cardiff in the 2nd game of the series. 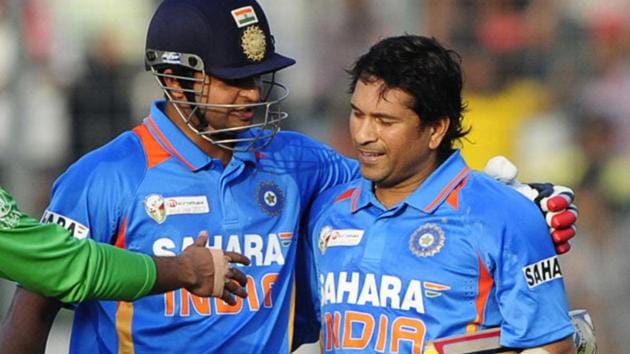 Recalling a conversation from that series, Raina revealed how Sachin was the first person he texted after scoring the ton, and in reply, the 'Master Blaster' left a special reply, and not just this, he also took notice of his tattoo. He revealed:

“I practiced with him for two weeks (before England tour in 2014). We weren't performing quite well in the Test series and when I was practicing, I had a tattoo that said, ‘Believe Yourself'. When I went to England, I smashed a century in Cardiff (in ODIs). The first person to send me a message after the century was Paaji… he sent ‘Believe yourself. You can do it for the country’. I felt so good after that message,"

Suresh Raina announced his retirement from international cricket in 2020, moments after MS Dhoni's retirement. He made his last appearance for team India against England in 2018. However, he continued to play for Chennai Super Kings in the Indian Premier League until he went unsold in the 2022 mega-auctions. In September 2022, he retired from all formats of the game but later on featured in the Road Safety World Series and Abu Dhabi T10 league.