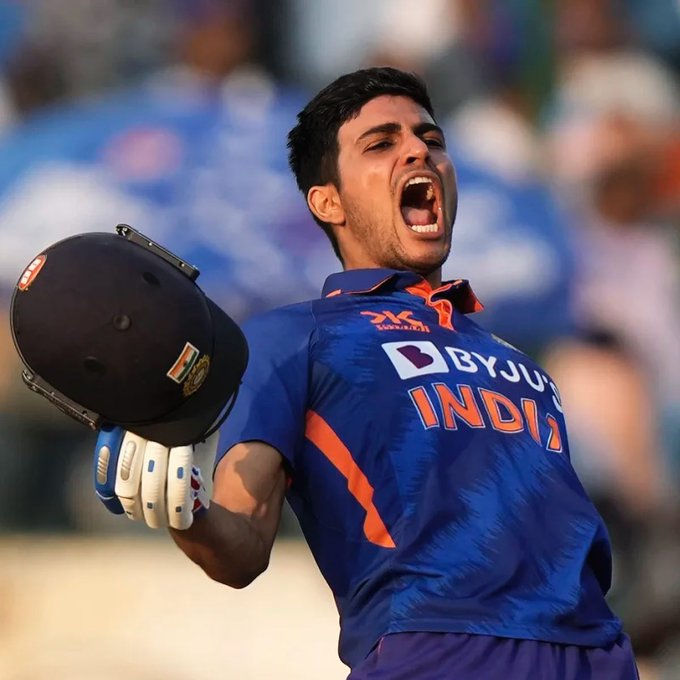 The Punjab lad walked in to open the innings with Indian captain Rohit Sharma and stood firm in the middle till the final over of the innings. He played a majestic knock of 208 runs off just 149 balls taking team India to 349/8. Gill hit a staggering 19 fours and 9 sixes in his scintillating knock. He hit a hat-trick of sixes in the 49th over to bring his 200. Indian skipper Rohit (34 off 38 balls) was the second-highest run-getter in the same match. No other batter could even reach the fifty mark.

Gill has been receiving praise from all corners for his terrific performance. Among many, former Indian cricketer Sanjay Manjrekar was left in awe of Shubman Gill's batting masterclass during the game. He took to social media and opened up about his first impression of former Indian captain MS Dhoni. Manjrekar made a huge claim about opener Gill in the same tweet as he went on to compare the youngster to the legendary captain. He wrote:

"When I saw Dhoni the first time that he mostly hit straight sixes told me that he will be consistent when it comes to big hitting. Gill has the same gift. Fingers crossed for him,"

During the post-match presentation ceremony, Gill said his knock was one of the things which came in the category of ‘what dreams are made of’. He said: “I wasn’t thinking about 200 before I hit those sixes in the 46th or 47th over. That’s when I thought I could get a double. I won’t call it a ‘wow’ feeling but it feels nice when the ball goes off the bat how you want it. There’s certainly a feeling of satisfaction. It has sunk in pretty well, this is certainly one of those things, like what dreams are made of,”