The saying that is going around recently is that Mumbai batsman Sarfaraz Khan is closer to Don Bradman than he’s to the Indian team. For, Sarfaraz Khan is only one of the two batsmen - after Bradman - to average over 80 in first-class cricket with a minimum of 50 FC innings.

Sarfaraz Khan has been ransacking big runs in the last three domestic seasons in red-ball cricket, yet the 25-year-old who have averaged over 100 in the last three Ranji Trophies seasons hasn’t gotten a call-up to the national Test team so far. 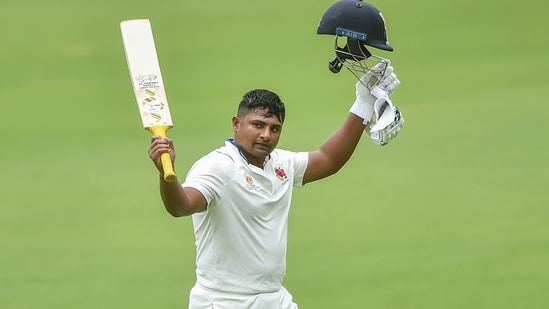 Here are a few of the biggest achievements of Sarfaraz Khan and some facts that many may not know:

Sarfaraz first hogged the limelight as a 12-year-old back in 2009 when he broke Sachin Tendulkar’s record in the Harris Shield by scoring 439 off 421 balls in the innings which included 56 fours and 12 sixes. As a 15-year-old in 2012, he was mentioned in to the prestigious Wisden Cricketers’ Almanack along with his younger brother Musheer.

A talented batsman and a prodigy recognized at an early age, Sarfaraz Khan represented India in the two Under-19 Cricket World Cups - in 2014 and 2016.

At the age of 17 years and 177 days old, he became the youngest to make his debut in the IPL - when he donned the RCB jersey for the first time in 2015. Even before that, he had made his Mumbai domestic debut in all three formats, including in Ranji Trophy.

In 2013, he scored a match-winning 66-ball 101-run knock against South Africa Under 19s, which included 17 fours and a six, and was overseen by the coach of that team Bharat Arun, who later praised Sarfaraz.

In the 2016 U-19 World Cup, Sarfaraz Khan was the second-highest run-scorer with 355 runs from 6 innings at an average of 71. At the Under-19 level he has the record for most number of the fifties in World Cups (7 fifties across two World Cups).