Sarfaraz Khan Made A Big Statement On SKY’s Selection

Mumbai batter Sarfaraz Khan has been making a lot of news these days, all thanks to his back-to-back brilliant performances. He smashed 982 runs in the previous edition of the Ranji Trophy and this year, he picked up from where he left off as he has already scored 556 runs in nine innings in the six matches he has played so far. But despite his continuous efforts in the domestic circuit, the national selection in the Test squad continues to elude him.

After his sensational performance last year, it seemed that Sarfaraz had confirmed a spot for himself and would get a call-up for the Bangladesh series, which he didn't. This year, a similar thing happened when the squad for the Australia series was announced and his name wasn't on the list. However, Sarfaraz has taken the snub on the chin and claimed that he is only focused on scoring runs. 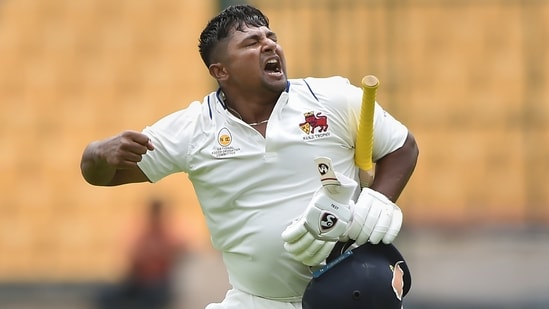 In an interaction with journalist Vinay Kumar, Sarfaraz spoke about his mindset after he wasn't picked on the national side. He also talked about his Mumbai teammate and friend Suryakumar Yadav, who earned a surprise call-up to the Test squad on the back of his performances for India in the limited series. He said:

“(which roughly translates to: Obviously it is [on his selection being inspirational]. Suryakumar is a good friend of mine. And we spend a lot of time together when we are in the team together. I get to learn a lot of things from him. He had to wait for a long time but the way he has been playing, he has taken his experience from Ranji and T20Is together and moved forward, so that makes things easy.") 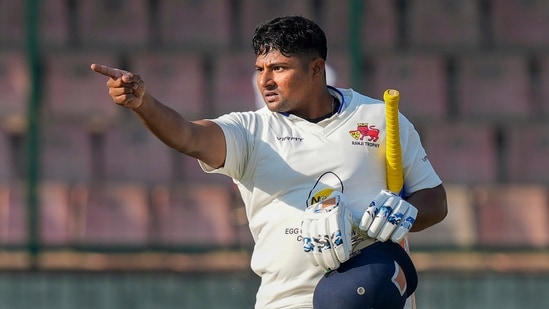 Speaking about his non-selection said that his main focus is to score runs in all three formats and the selection will take care of itself. He said:

"(which roughly translates to: My mindset before every match is to score runs, whether that is in Syed Mushtaq Ali Trophy, Vijay Hazare or Ranji Trophy. Whatever I have in my control I am focussing on that [scoring runs] and not thinking about what is uncontrollable [selection])"