Shaheen Afridi's run in the recently-concluded T20 World Cup 2022 ended on a disappointing note as he failed to complete his spell in the final match against England. Captain Babar Azam showed immense faith in Shaheen as he saved his crucial overs till the last.

For the unversed, Shaheen Afridi injured his knee while taking the catch of Harry Brook in the 13th over of the final clash. Following this, he could only bowl one delivery in the death overs and walked off the field. Shaheen's absence was felt a lot as Pakistan lost the match to England. The English batters upped the ante right after Afridi was taken off the field and then there was no looking back. 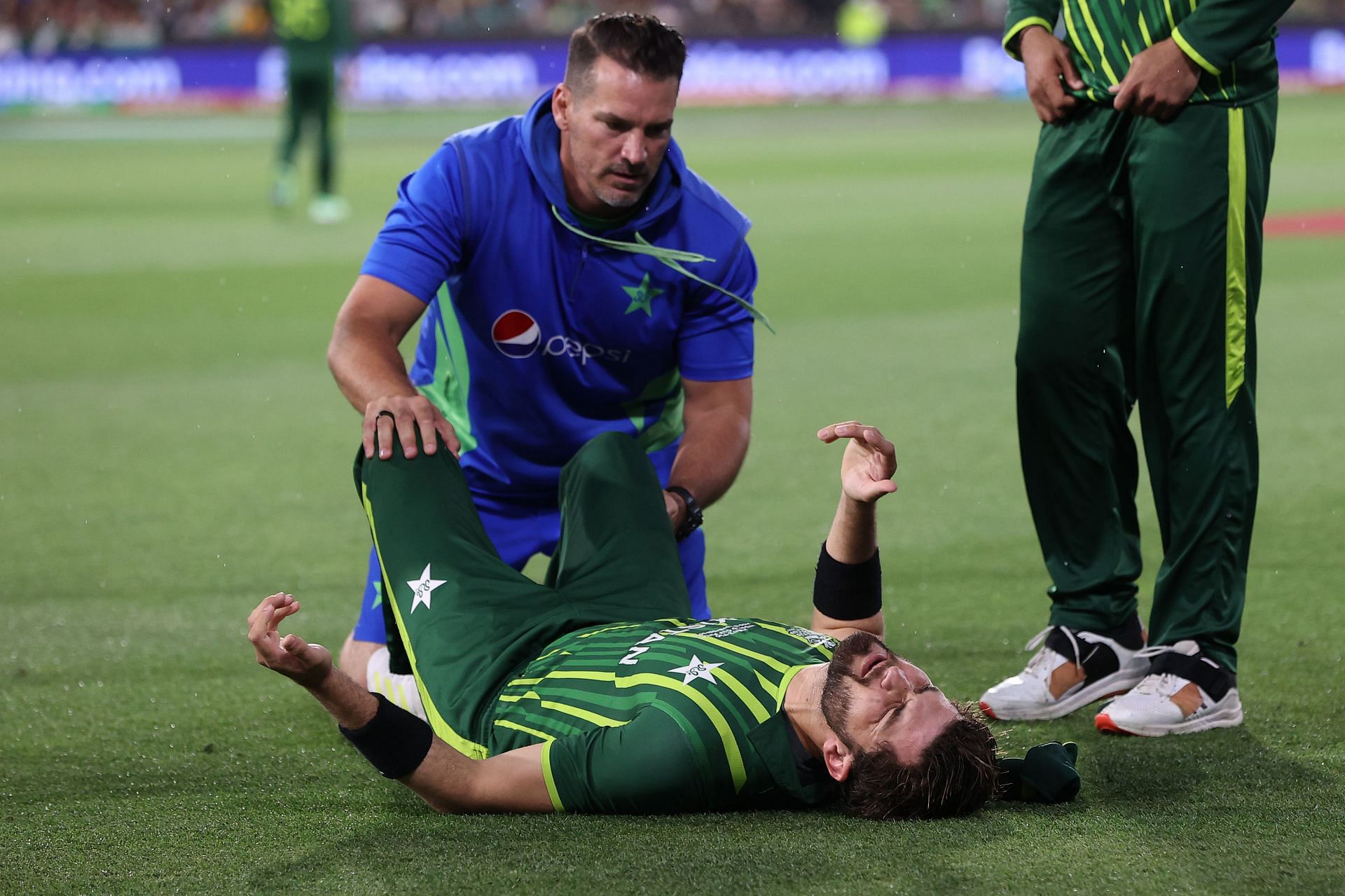 Meanwhile, after the match, reacting to Afridi's injury after the final, Pakistani legend Shoaib Akhtar made a bizarre statement as he suggested that the youngster should have taken painkillers. He had said:

"But this is World Cup final. Even if the leg breaks. Whatever happens, happens. Just keep running and do something. But this was not in our fortune,"

He added: "When you numb your feet, the pain is not felt. Yes, you are risking the career of the young man. It is a World Cup final, whether you can risk or not that you have to think as a captain. It is a tough decision."

Well, his statements didn't go down well with many, including former Pakistani captain Shahid Afridi, who has slammed Akhtar for his suggestion. Speaking on Samaa TV, Afridi said that it wasn't a fair suggestion and that the medicines have a lot of side effects. He said:

"No, no…not at all, it's wrong. Painkillers should be taken in a disciplined manner. I too used to take it. But it has a lot of side effects. It does numb the pain for a while, but after the match day, it tends to pain even more"