The Indian cricket team was defeated by Sri Lanka in a thrilling contest in the 2nd T20I match. After a sluggish start by the Indian bowlers, the Indian batters put up a thrilling performance but Sri Lanka made a solid comeback and leveled the series by winning the second game by 16 runs at the Maharashtra Cricket Association Stadium (MCA) in Pune.

Team India had a poor start to the 2nd T20I as the opening duo of Kusal Mendis and Pathum Nissanka added 80 runs in merely 8.2 overs. However, a bizarre moment took place during the 2nd over of the game, when left-armer Arshdeep Singh conceded a hat-trick of no balls to finish the over. Furthermore, in the fourth over, young talent Shivam Mavi also bowled a no-ball. 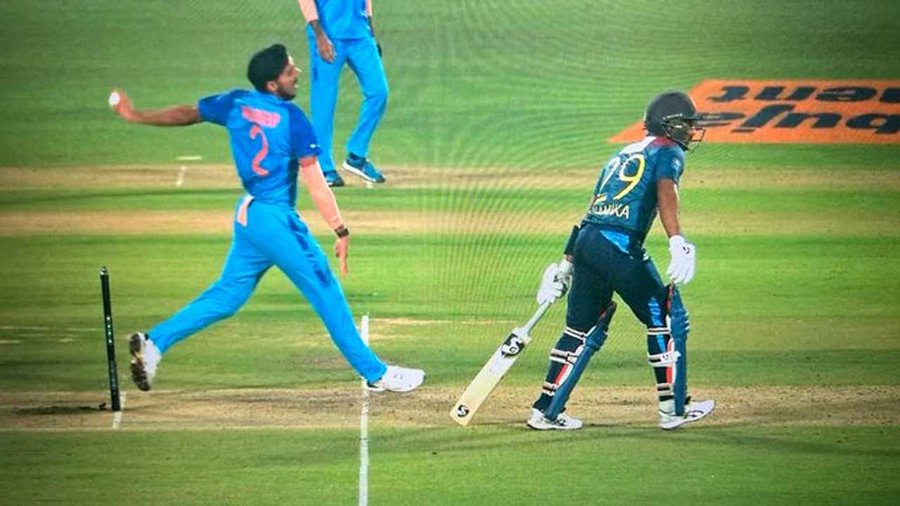 Disappointed with the performance of the Indian bowlers, former Indian captain Sunil Gavaskar slammed them for overstepping the line on multiple occasions in a blunt manner on-air. During his commentary stint on Star Sports, Gavaskar said:

During the game, Arshdeep Singh made an unwanted record of being the first Indian bowler to bowl a hat-trick of no balls in T20Is. The left-armer eventually gave away 19 runs off his first over, where he conceded a six and a four off two of the three free hits. With this, Arshdeep's no-ball count went up to 12 in T20Is as he overstepped the mark on three occasions during the 2nd T20I.