In September this year, Suresh Raina announced his retirement from all forms of cricket under the BCCI - a decision that made him eligible to foray in franchise leagues across the world. Raina’s first foreign franchise tournament will be the Abu Dhabi T10 league.

Raina recently played in the Road Safety World Series tournament for the India Legends under Sachin Tendulkar’s captaincy and won the tournament.

Suresh Raina to feature in the T10 league 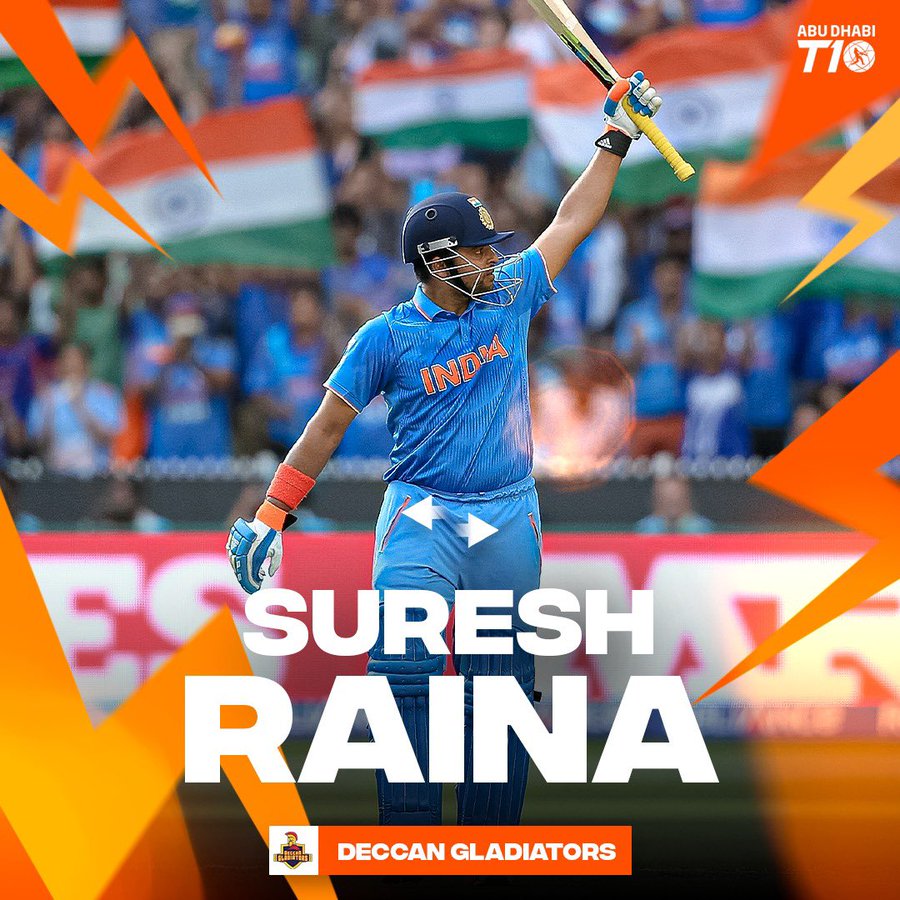 The official Twitter account of the T10 League posted this bumper news on Tuesday, announcing Raina’s inclusion in the league, which has seen some of the finest T20 players in the five seasons of the tournament so far.

The Deccan Gladiators are the defending champions having won the title last season. The sixth season of the Abu Dhabi T10 league will commence on November 23.

“World Cup winner @ImRaina has signed for the @TeamDGladiators One of India’s all-time finest white-ball players, Raina will line up in the #AbuDhabiT10 for the first time and we can’t wait,” wrote the T10 League on Twitter.

World Cup winner @ImRaina has signed for the @TeamDGladiators 🙌🇮🇳

One of India's all time finest white-ball players, Raina will line up in the #AbuDhabiT10 for the first time and we can't wait 🔥#InAbuDhabi #CricketsFastestFormat pic.twitter.com/7FGP5TWk89

Raina had been part of the Chennai Super Kings until 2021 before being released prior to the mega-auction. Raina, known as Mr IPL for his immense success in the league, went unsold in the IPL 2022 meg-auction and then became a commentator in the tournament.

Suresh Raina had previously suggested the BCCI allows their non-retired and non-IPL players to participate in foreign leagues. Under the current rule, the any men Indian player has to retire from international, domestic and IPL cricket to be eligible to play in leagues outside India.

The 35-year-old Suresh Raina amassed 4687 runs in the IPL for CSK and Gujarat Lions, winning 4 titles with CSK. The southpaw was part of two of India's greatest ICC tournament triumphs - 2011 World Cup and 2013 Champions Trophy.