Suryakumar Yadav Explained The Turning Point Of His Life

Indian middle-order batter Suryakumar Yadav has taken the T20 cricket by storm. He has impressed one and all with his batting heroics and has earned praise from all across the globe for his talent. The 32 years old, made his debut for the Indian cricket team in March 2021, however, he took no time in cementing his place in India's playing XI and establishing himself as one of the mainstays in the Indian batting line-up in the shortest format.

Suryakumar Yadav had a memorable 2022 as he created history by becoming only the 2nd batter in the T20I history to score more than 1000 runs in a calendar year. He scored 1164 runs in 31 matches. He took both the 2022 Asia Cup and the T20 World Cup by storm last year. The 32-year-old right-handed batter, who is ranked first in the T20I rankings, in 2023 has picked up where he left off. Recently, he played another sensational knock of 112 runs off 51 deliveries to make sure India outclass Sri Lanka in the T20I series decider at the Saurashtra Cricket Association Stadium. 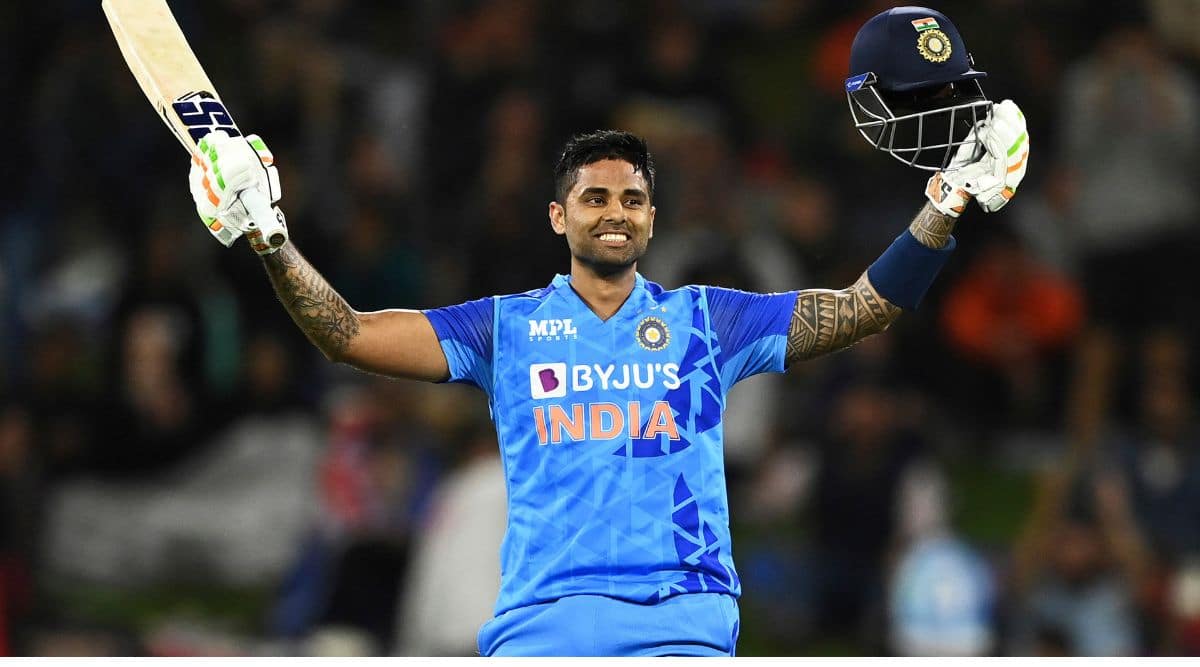 However, this success didn't come easy to him. The Mumbai batter had to grind hard at the domestic circuit for almost a decade and it was at the age of 30 that SKY got to don the national jersey for the first time.

Recalling SKY's journey to the top, Indian head coach Rahul Dravid revealed a hilarious incident from a few years back when he was the head of the National Cricket Academy (NCA) and Surya had come for the 'Yo-Yo' Test while playing for India A. Dravid said:

“I know that your wife travels with you a lot. I know she has pushed you a lot on the fitness side of things. The fitness work and diet that you've done, something that is very noticeable for me as a coach is just the (change in) lifestyle, having seen you a little bit in India A and when you came to the NCA and did the yo-yo test two years ago and dived to cross the line,”

Responding to Dravid, Surya praised his wife for her role in his growth and stated that her presence changed a lot of things for him. SKY also revealed how the Yo-Yo test was the 'turning point' of his career. He said:

"My family has played the most important role in my cricket journey. When I started playing I know that they were the ones who helped me get out of the box. My dad is an engineer, there was no history of sports in my family. I had to be a little different for him to see a spark in me and then he pushed me. They have sacrificed a lot.

He added: "My wife. After marriage she has been pushing me really hard. In terms of nutrition and staying fit. The fitness test in Bangalore I still remember. That was actually the turning point. I really enjoyed that and we have been talking about cricket a lot. We discuss how I can be better and we really enjoy doing that,”