Indian batting superstar Virat Kohli shattered a few records as he rekindled his love affair with the Adelaide Oval in the ongoing ICC Men's T20 World Cup 2022 in a thrilling clash against Bangladesh. Virat Kohli played a sublime knock to help the Indian cricket team register an impressive win over Shakib Al Hasan-led Bangladesh in the Super 12 stage of the ongoing marquee event.

Virat Kohli emerged as the top-scorer for the Indian side as they edged Bangladesh by 5 runs at the Adelaide Oval. He also shattered a few records with his stunning knock, including the long-standing world record of Mahela Jayawardene at the grandest stages of them all - the World Cup tournament.

Kohli rewrote the history books yet again as he went past Mahela Jayawardene's tally to become the highest run-getter in T20 World Cup history on Wednesday. He entered the 1000 runs club in the tournament with his 12 against South Africa on Sunday. Team India lost the game to the Proteas after pushing them all the way.

He entered Adelaide needing just 16 runs to shatter the record of Mahela Jayawardene. The Sri Lankan legend had 1016 runs to his name in the T20 World Cups that he took part in. 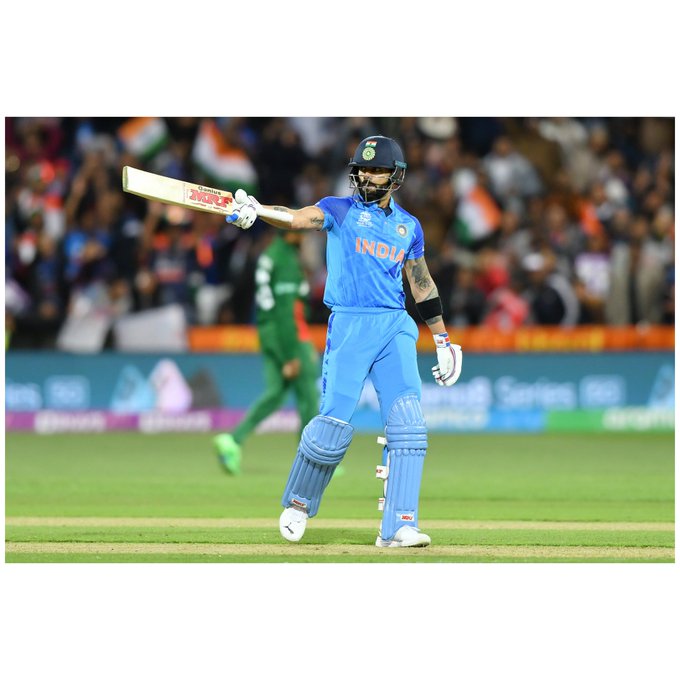 Jayawardene has played a total of 31 matches to amass the tally of runs and had an average of 39.07 and a strike rate of 134.74. His highest score was 100. Talking about Virat Kohli, first took part in the World Cup back in 2012 and has since played 25 matches in the tournament. During this time, Virat has scored 13 fifties in the T20 World Cup and has remained not out 11 times. His highest score in the marquee tournament is 89* against West Indies in the 2016 edition of the tournament.

Congratulating Kohli by sharing a special message for the former Indian skipper, Jayawardene said that Kohli has been a warrior throughout his iconic career. In a video shared by the International Cricket Council (ICC) and Royal Challengers Bangalore on Wednesday, Jayawardene said: "Records are meant to be broken. Someone was always going to break my record, and it's you, Virat. Brilliant mate, congratulations. You've always been a warrior. Form is temporary but class is permanent. Well done, buddy,"