SKY has scored 164 runs from four matches at an average of 53.50, including two half-centuries. So far, in 3 matches in the tournament SKY has recorded scores of 15, 51*, and 68. He has now become the 23rd player overall to top the ICC T20I rankings for batters and only the second Indian to claim the summit position. The only other Indian to have claimed this spot in the T20I rankings for batters is Virat Kohli.

"Yadav's 51 not out off 25 balls against the Netherlands in Sydney and a valiant 68 off 40 against South Africa in Perth have helped him overtake New Zealand's Devon Conway and Pakistan's Mohammad Rizwan, who had held the top spot since 4 September this year," ICC said in a release. 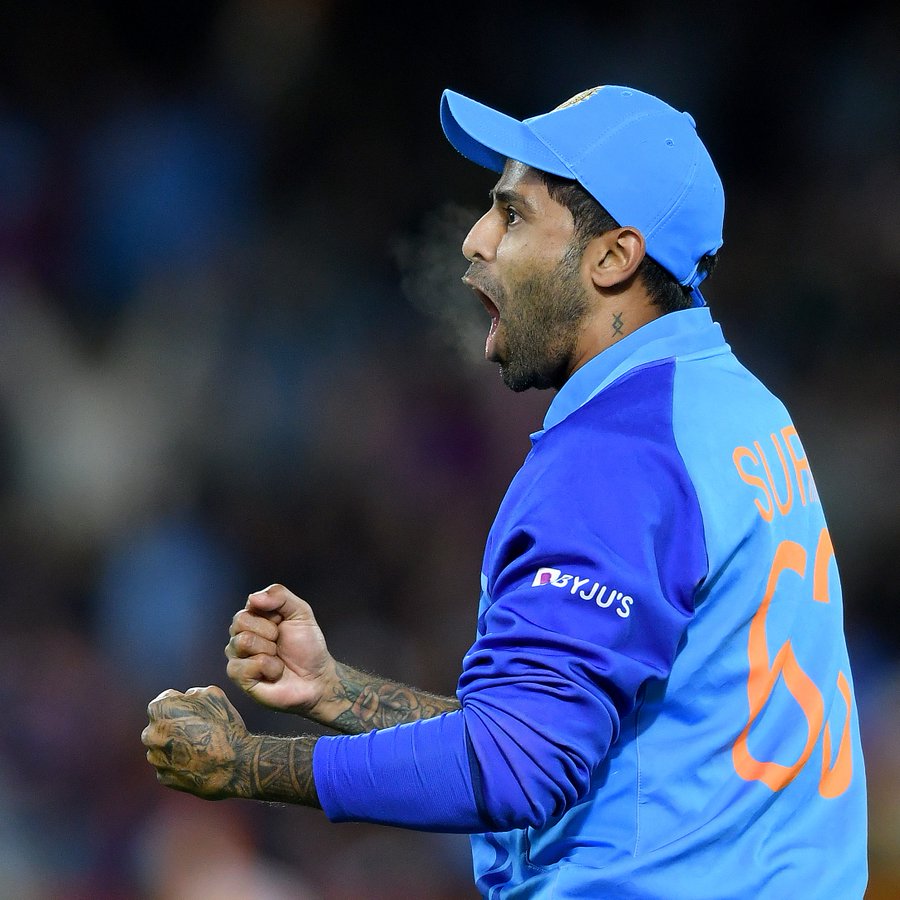 Meanwhile, England captain Jos Buttler also gained three places in the rankings, climbing to 14th position after scoring 73 against New Zealand. In a video shared by the ICC on its official Twitter handle, Jos Buttler hailed Surya as an incredibly dangerous player to play against. He said:

"He is a brilliant player. He is an incredibly dangerous player to play against. As soon as he comes in, you have to get him out as soon as possible or he can take the game away from you,"

Besides Buttler, David Warner and Trent Boult can also be seen lauding Yadav's explosive batting style. "Takes it on from ball one. Knows his game very very well. He doesn't have any thoughts and I think when he comes he just takes on straight away and that's the role that has been given to him," Warner said in the video.

"A very good friend of mine is SKY. Been in some hot form so far and yeah looking forward to seeing how he goes in slightly different conditions out here," Boult said.

Being praised by his toughest opponents in ICC Men's #T20WorldCup 2022 - things that make @surya_14kumar special! 🙌