Former Indian captain and batting maestro Virat Kohli made a stunning comeback as he finally brushed aside the poor form that bogged him down the last year. He was undergoing a major slum in his career in the first half of 2022, however, he finally returned to his sublime best during the Asia Cup 2022 in September. He registered his maiden T20I century during the Asia Cup before taking the ongoing T20 World Cup 2022 by storm. He is currently leading the charts with 246 runs including three half-centuries at a staggering average of 123. He has played a crucial role in India's road to the semi-final.

As all the focus has now shifted to India's semi-final clash against England, Kevin Pietersen has made a rather unique remark. The former England captain remarked that he backed Kohli during his lean phase, however, he now wants him to have an off day on Thursday at the Adelaide Oval.

Yes, you read that right. While KP is thrilled like every fan to see the return of King Kohli, however, he wouldn't mind if his bat remains quiet against England. In his blog, KP wrote:

"I backed Kohli throughout the little loss of form that he had, and he's had a lot to deal with. He is an entertainer, he needs crowds, he needs that buzz, he needs that excitement. He didn't have that for a few years, and he lost his way. But the crowds are in, it's a T20 World Cup in Australia – one of the greatest places to play T20 cricket – and the King is back. As a close friend, I'm very happy for him, but I just need Virat to have a day off," 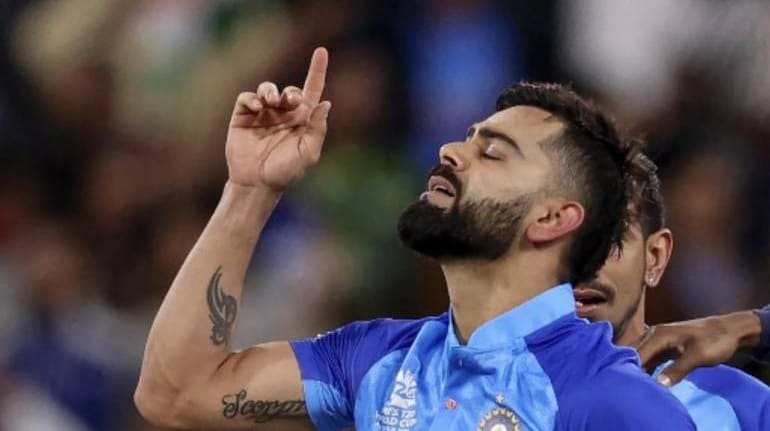 Further, Kevin Pietersen reckoned that Kohli's impeccable form is rubbing off on his teammates. KP feels that Kohli's form has played a big role in SKY batting the way he is. He wrote:

"It's just so good to see the greatest current player back in the runs, not only from India's perspective but for the world of cricket. For India, he’s such a major component for them to start seeing some consistency. When Virat plays well, the other players start to perform around him. You saw that with Suryakumar Yadav and the innings he played against Zimbabwe; it was just spectacular. When your talisman is back, it helps massively,"