India's senior bowler R Ashwin is enjoying his fine return to the limited-overs set-up. After being sidelined for a long time, Ashwin made his comeback into the T20 format during last year's T20 World Cup, and ever since then he has been featuring regularly in India's playing XI.

The Indian team management has shown tremendous faith in Ashwin's capabilities, so much so that Yuzvendra Chahal, who is hailed as India's no.1 wrist-spinner is warming the bench and is yet to play a single game in the ongoing ICC Men's T20 World Cup. Ravi Ashwin was preferred over Yuzvendra Chahal in all five Super 12 matches for India picking up six wickets while bowling economically well.

However, former Indian captain Kapil Dev is not at all happy with the performance of Ashwin in the ongoing T20I cricket. During a discussion, Kapil Dev pointed out that even though the Indian spinner has picked up wickets, he is lacking the same confidence and belief. 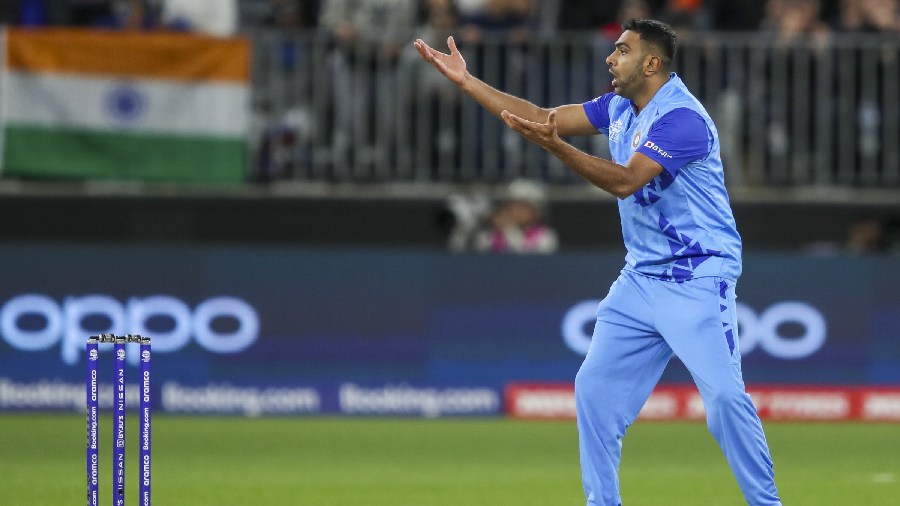 In fact, Kapil Dev even mentioned that some of the wickets which Ashwin has taken in the tournament were mostly due to the faults of the batter than the other way around. He said:

"Until now, Ashwin hasn't given me the confidence. He picked up wickets today but it didn't look as if he got them. In fact, batsmen iss tarah out huye ki unhe khud bhi 1-2 wickets lete huye sharam aa rahi thi (Some of the batsmen got out in a way that Ashwin himself couldn't believe it). He was hiding his face. Picking up wickets obviously gives you that confidence but the Ashwin we know, we haven't seen him show the same rhythm,"

Furthermore, speaking about the ongoing Ashwin vs Chahal debate, Kapil Dev feels that the odds are currently stacked in the favor of the off-spinner. He added:

"It depends on the team management. If they have the confidence on Ashwin, it's good. He has played the entire tournament so he can adjust if need be. But if you want to surprise the opposition, they can always turn to the wrist-spinner (Chahal). Whoever wins the confidence of the management and captain, will play,"