India's star middle-order batter Suryakumar Yadav is the No.1 T20I batter in the world and he proved it once again. Surya once again came to India's rescue as he played an unbeaten knock of 61 off just 25 deliveries to take the side to a strong score of 186/5 in 20 overs. He smashed the Zimbabwe bowlers to all the corners of the ground as he played some remarkable shots. During his magnificent knock in Melbourne, SKY smashed 6 fours and 4 sixes.

Opting to bat, India had a nervy start after Rohit Sharma (15) and Virat Kohli (26) were dismissed early in the innings, however, KL Rahul continued with his performance and scored another half-century under his belt, registering an important 51 off 35 deliveries to help stabilize the Indian innings alongside Suryakumar. 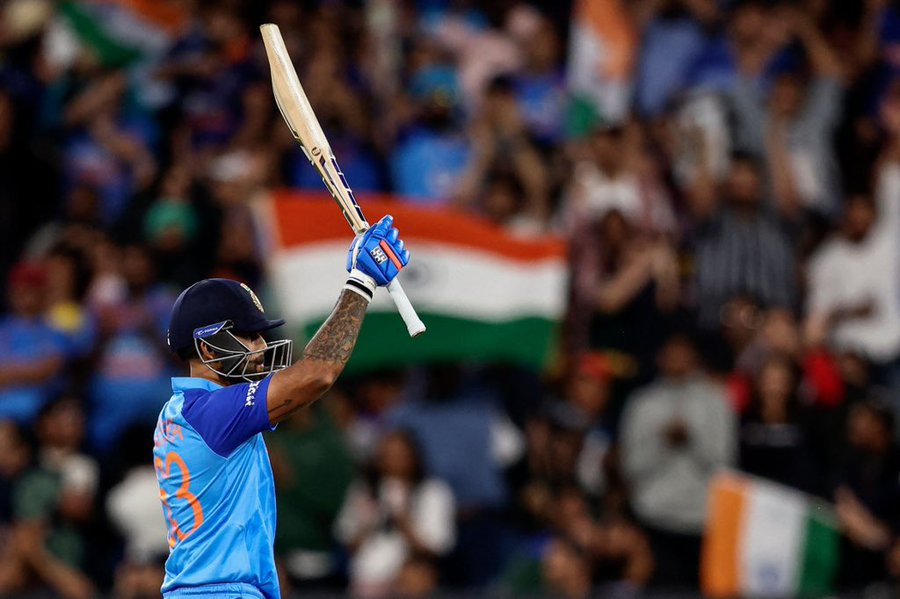 Team India had made one change to their playing XI with Rishabh Pant replacing Dinesh Karthik, however, Pant failed to perform as he has dismissed cheaply thanks s to an incredible diving catch on the boundary line by Ryan Burl. Following his dismissal, SKY walked out to bat with all-guns-blazing and stole the show with his blistering shots as he took the game away by storm. He forged a 65-run stand with Hardik Pandya (18) and did a majority of power-hitting, before ending the innings on a high with 21 runs in the final over.

The star batter has been receiving praise from all corners for his terrific knock as he once again helped the Indian cricket team register a win in the ongoing T20 World Cup 2022.

Meanwhile, after the sensational win of 71 runs against Zimbabwe, SKY took to his social media and shared some pictures from the game. Sharing a few glimpses from the game, SKY wrote:

The post went viral in no time and was flooded with amazing reactions from the fans, who just can't stop praising the talented batter for his stunning knock. However, the comment that stole all the attention came from former Indian captain Virat Kohli.