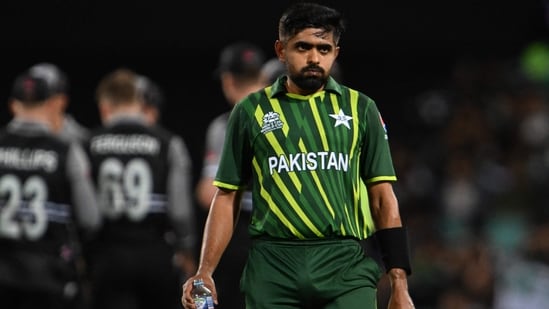 During the press conference, Pakistan captain Babar Azam very cleverly dodged a question about the Indian Premier League and looked to his team's media manager for help. Well, during the presser, one of the journalists asked Babar whether he and his Pakistani team have ever thought about the benefits of playing in the Indian Premier League (IPL). The journalist asked Babar: "Talk about the benefits of playing the IPL, is that something you feel would have helped you and your team and is that something you have any hope for in the future?”

For the unversed, the Pakistani cricketers aren't allowed to play in the Indian Premier League. Though they did take part in the inaugural season of the league but have been barred since then due to the political relationship between the two countries. Earlier, a huge drama unfolded after BCCI secretary and ACC president Jay Shah revealed that India will not be traveling to Pakistan for the Asia Cup 2023. Following this, PCB released a statement hinting that they would not travel to India for the ODI World Cup in 2023.