T20 World Cup: Ian Bishop Is Unable To Sleep Because Of Pakistan

T20 World Cup: Ian Bishop Is Unable To Sleep Because Of Pakistan

Pakistan cricket team left the entire cricket fraternity stunned with their remarkable comeback in the ongoing ICC Men's T20 World Cup 2022. Pakistan put on a clinical performance in the T20 World Cup 2022 semi-final on Wednesday (November 9) to finalize their spot for the final clash, scheduled for November 13 at MCG. The Babar Azam-led side put up a stellar display as they defeated New Zealand by seven wickets in the semi-final despite losing the toss at the Sydney Cricket Ground.

Chasing the target, the Men in Green got off to a terrific start, riding on the performance of openers Babar Azam and Mohammad Rizwan, who announced their arrival at the semi-final stage against New Zealand with a bang as the celebrated duo fired in unison in a century stand with each hitting a half-century. Both the cricketers walked into the ground with all guns blazing and took on the Kiwi bowlers from the word go. 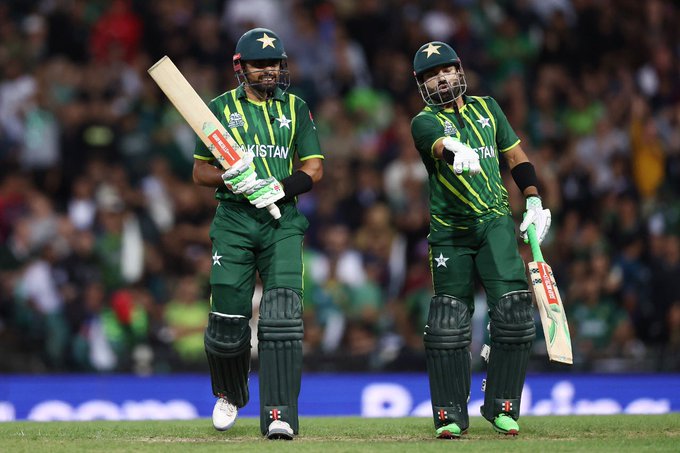 Babar scored 53 odd 42 balls as he and Mohammad Rizwan gave the team an explosive start. His knock was laced with 7 boundaries. However, he was dismissed after hitting 53 while Rizwan made 57 as Pakistan chased down 153 in 19.1 overs to complete a remarkable turnaround.

After their dismissal, youngster Mohammad Haris slammed 26-ball 30 while batting at No. 3. In the end, Shan Masood (3*) and Iftekhar Ahmed (0*) completed the formalities and took Pakistan over the line with five deliveries to spare.

Among many, former cricketer and popular commentator, Ian Bishop also took to his Twitter and posted a special tweet, expressing how he couldn't sleep because of the remarkable turnaround of the scenario. He hailed the Pakistan cricket team for their amazing comeback in the game. He wrote:

"2am here in Sydney and finding it impossible to 😴 😴😴. Still amazed at how Pakistan do these things."

2am here in Sydney and finding it impossible to 😴 😴😴. Still amazed at how Pakistan do these things.