Indian cricket team's middle order batsman Suryakumar Yadav has shown a bang in the last few years. This player has scored runs in every corner of the world and continues to shine in the T20 World Cup. After the failure of the top order against South Africa, he scored a fine half-century and took the team to a respectable score. There is no dearth of fans of this batsman, the name of former Pakistan captain Shoaib Malik is also included in this list.

Malik praised Suryakumar fiercely and was seen praising his shot on the back side of the wicket. They said: “Woh jo shots maarta hai, Suryakumar Yadav, peeche ki taraf jo khelta hai. But unka technique hi itni achi hai ki bounce na bhi mile toh bhi peeche ki taraf khel sakti hai (That shot he plays, the one he hits behind…his technique is so good that even if he doesn't get that elevation, he can execute it),” 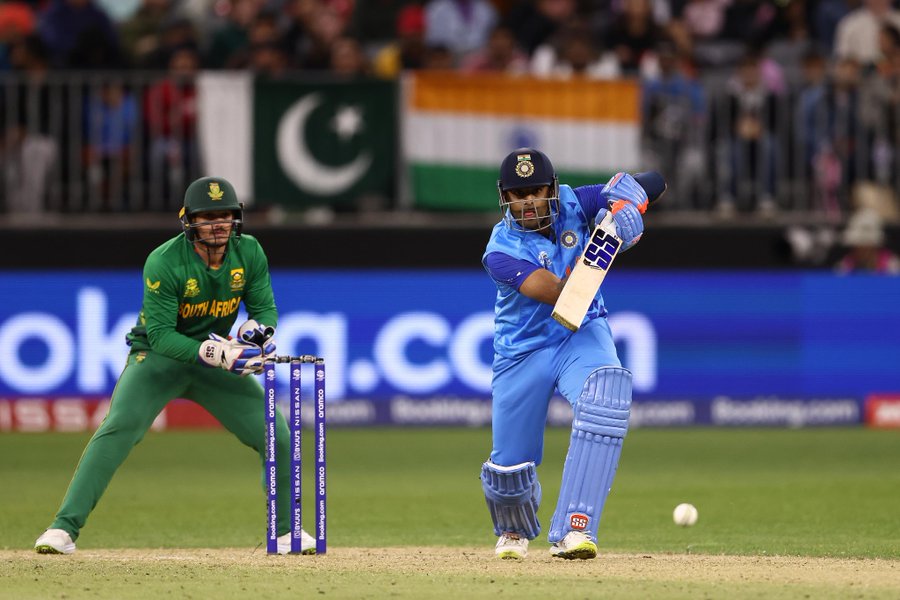 Pakistan pace legend Wasim Akram, who was part of the discussion added saying, “SKY is something different, isn't he? Aisi shots youngsters seekh sakte hai (These are the kind of shots youngsters should learn).”

Former Pakistan cricketer Misbah ul Haq the added saying, “Peechle do matches main jo dekha hai, he has been playing very well. Har taraf bara zabardast khelta hai (He has been playing really well. He can play all around the park).”