Perhaps the last chapter of the Ronaldo-Messi rivalry was written on Thursday night at the King Fahd International Stadium, also nicknamed “Pearl of Stadiums”, in Riyadh, Saudi, when the two giants of Football met for a friendly match between Paris St. Germain and a combined XI of Saudi Arabian teams Al-Nassr and Al Hilal.

The friendly rubber ended with PSG taking the honors 5-4 in an exciting contest, wherein Messi opened the scoring before Ronaldo chimed in with a brace. Young teenage sensation Kylian Mbappe too was on the scoresheet and PSG, in the second half, sealed the deal easily after the game was 2-2 at half-time.

The 37-year-old Cristiano Ronaldo, who has made a massive-money move out of Europe to Saudi’s Al Nassr team in January, gave his fans glimpse of some of his best plays. First smashing a penalty calmly before using his left foot to hit his second goal.

The stadium was packed with fans of Messi and Ronaldo, while billions of eyeballs were stuck on their digital screens for what was perhaps the last time both the superstars were on the field, competing against each other. 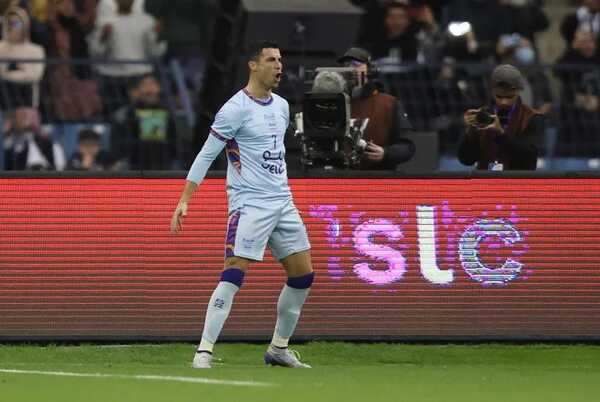 Virat Kohli is a big fan of Ronaldo

While the billion Indians are Kohli fanboys, Kohli is a fanboy for Cristiano Ronaldo and has often revered Ronaldo’s elite work ethic and his tremendous records tally.

Virat Kohli posted a strong message for the haters of Ronaldo, lauding the footballer for shutting his criticis who had called him a “finished” player during his time at Manchester United.

“Still doing it at the highest level at 38. The football experts sitting and criticizing him every week for attention are conveniently quiet now that he’s put in this kind of performance against one of the top clubs in the world. And he was apparently finished,” Kohli wrote.

Meanwhile, Virat Kohli, who is back in form in ODIs with three centuries in his last 5 innings in ODIs, will be seen in action on Saturday as India take on New Zealand for the second ODI in Raipur.