Pakistan was restricted to 137/8 in 20 overs, all thanks to a brilliant economical spell of 3/12 by Sam Curran, who was awarded the Player Of The Match award. Later,  a sensible half-century by Ben Stokes propelled England to surpass the target of 138 runs for the loss of five wickets in 19 overs. 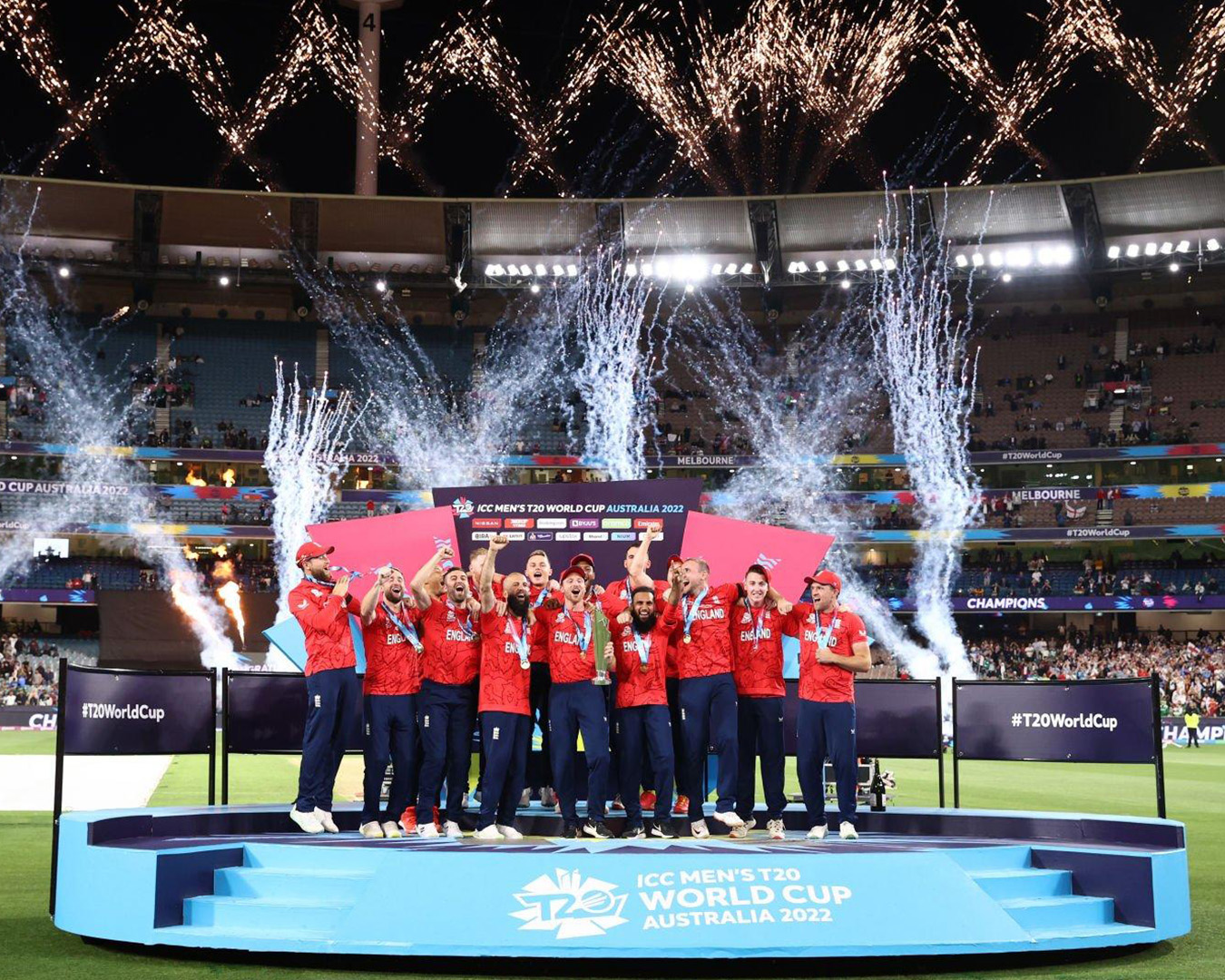 With this win, England has become the first-ever team to hold the ODI and T20I world titles simultaneously. Apart from this, England is also the second team to win the most number (two) T20 World Cups, the first one being West Indies.

The superb victory by the newly crowned world champions has left the world talking about them. From cricketers, and celebrities to fans around the world, everyone is taking to social media to hail the Champions. Among many, Indian batting maestro Virat Kohli also took to his social media and congratulated  Jos Buttler and Co. Sharing a picture of England cricket team, Virat wrote: 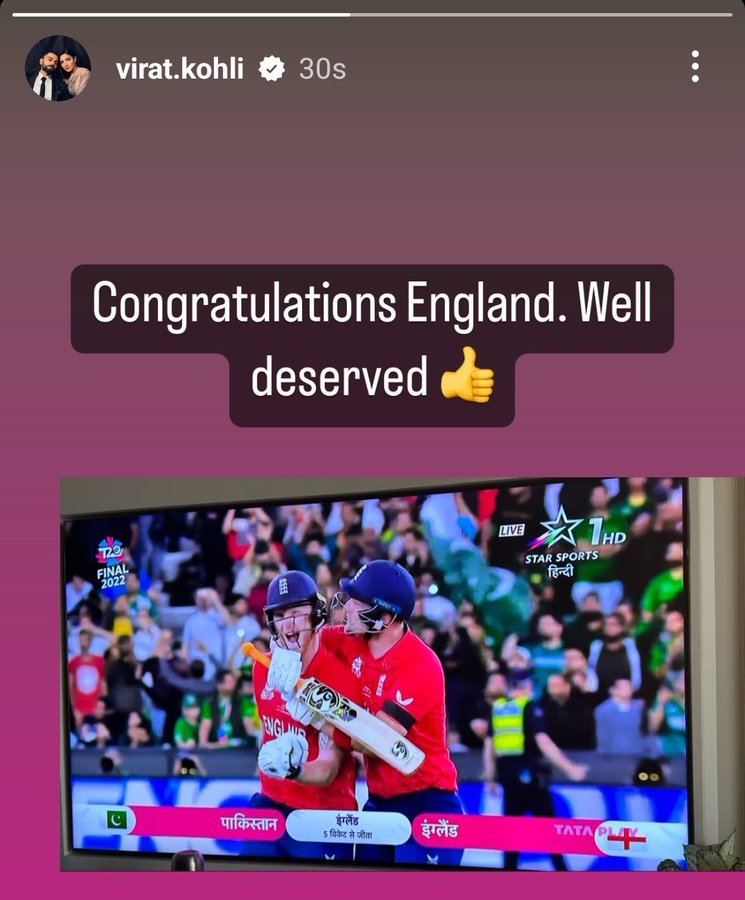 Meanwhile, speaking at the post-match press conference, the winning captain Jos Buttler, who was a proud and happy man after the win, hailed his teammates and support staff after the big win. He said:

"It is. To win the T20 World Cup now, really proud of everyone here. It's been a fantastic tournament. We went to Pakistan before coming here, which was a valuable time for the group. he has fitted in really well. We have got a few Australians in the coaching staff. Huge swing in the game, fantastic over from Adil. Has been outstanding for us in the last three games, just the guy who makes things happen. When you hit a length there is some movement. We managed to get away to a start but it wasn't easy."