Virender Sehwag slammed Kolkata Knight Riders‘ wicketkeeper-batsman Dinesh Karthik and called him the “biggest culprit” in the recent controversy. On Tuesday, Ravi Ashwin and Eoin Morgan were involved in a heated exchange after the spinner was dismissed by Tim Southee in the last over of the DC innings at the Sharjah Cricket Stadium. Ashwin and …

On Tuesday, Ravi Ashwin and Eoin Morgan were involved in a heated exchange after the spinner was dismissed by Tim Southee in the last over of the DC innings at the Sharjah Cricket Stadium. Ashwin and Rishabh Pant tried to sneak in the second run off the last ball of the 19th over, off an overthrow by Rahul Tripathi. 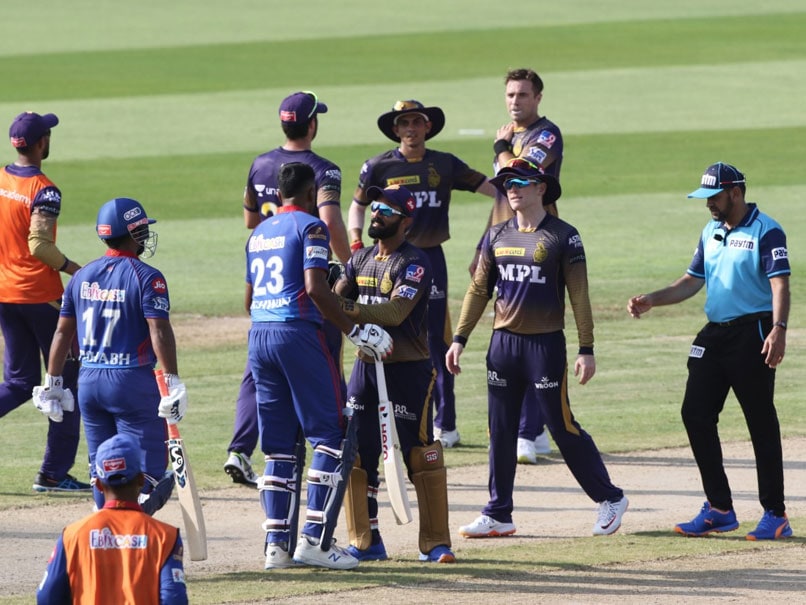 The same seemed to have irked the KKR outfit as many believe it to be against the guidelines of Fair Play to take a run when the ball thrown by the fielder ricochets off the batter.

His remarks had prompted a public explanation from Ashwin. Clearing the air on the matter, Ravi Ashwin finally took to his Twitter and came up with a long thread. In his Tweet, he also addressed being called a ‘disgrace’ by Eoin Morgan.

Meanwhile, former Indian cricketer Virender Sehwag feels that Dinesh Karthik was the real culprit behind the controversy. As per him, the former KKR captain could’ve played down the incident as a normal argument. He said:

“I consider Dinesh Karthik the biggest culprit in all this. If he had not talked about what Morgan said, there would have been no such uproar. If he had said, “It was nothing much, just an argument, it happens in the game, move on,” then it would have come out in that sense only. What was the need for an explanation that someone thinks this or that?”

Further, Virender Sehwag also revealed a story from his playing days. Sehwag revealed how the celebration of Ravi Ashwin during an IPL match angered him and the off-spinner’s then captain, MS Dhoni. Sehwag said that if more such things about on-field moments start coming out in the media. every match will become a clamor-worthy story. He said:

“Even when I was playing for Punjab, Ashwin dismissed Maxwell, picked up some dust and blew it off [in celebration]. I didn’t like that scene either but I didn’t come out publicly to say that he should not have done that or it was against the spirit of the game, although MS Dhoni was very angry about it and scolded him a lot too.”

“But it was Ashwin’s wish to do that and if someone had come out talking about it in the media or social media it might have caused an uproar too. This is the player’s responsibility, right?”

Virender Sehwag concluded by saying what happens inside should remain inside. He said:

“What happens inside should remain inside. If more things from the inside start coming out, I can guarantee every match will have something like this that will cause an uproar. The spirit of the game also says that players should leave what happens inside the ground as is and move on.”