India's young bowler Umran Malik has become a sensation in his short international career for Team India. Umran was included in the Indian team for the first time in June 2022 for a five-match home series against South Africa. However, he didn't get any games in that series but in India's next assignment, Umran made his T20I debut against Ireland.

Ever since his debut, Umran has appeared in 6 T20Is and has also played 7 ODIs for team India. In his short career so far, he has already made a big name for himself. In fact, he entered his name in the record books of Indian cricket by bowling the fastest bowl by an Indian pacer in international cricket. Umran Malik achieved the milestone against Sri Lanka during the 1st T20I match of the 3-match series at the Wankhede Stadium in Mumbai on January 3. Umran touched the 155-kmph mark in that match. 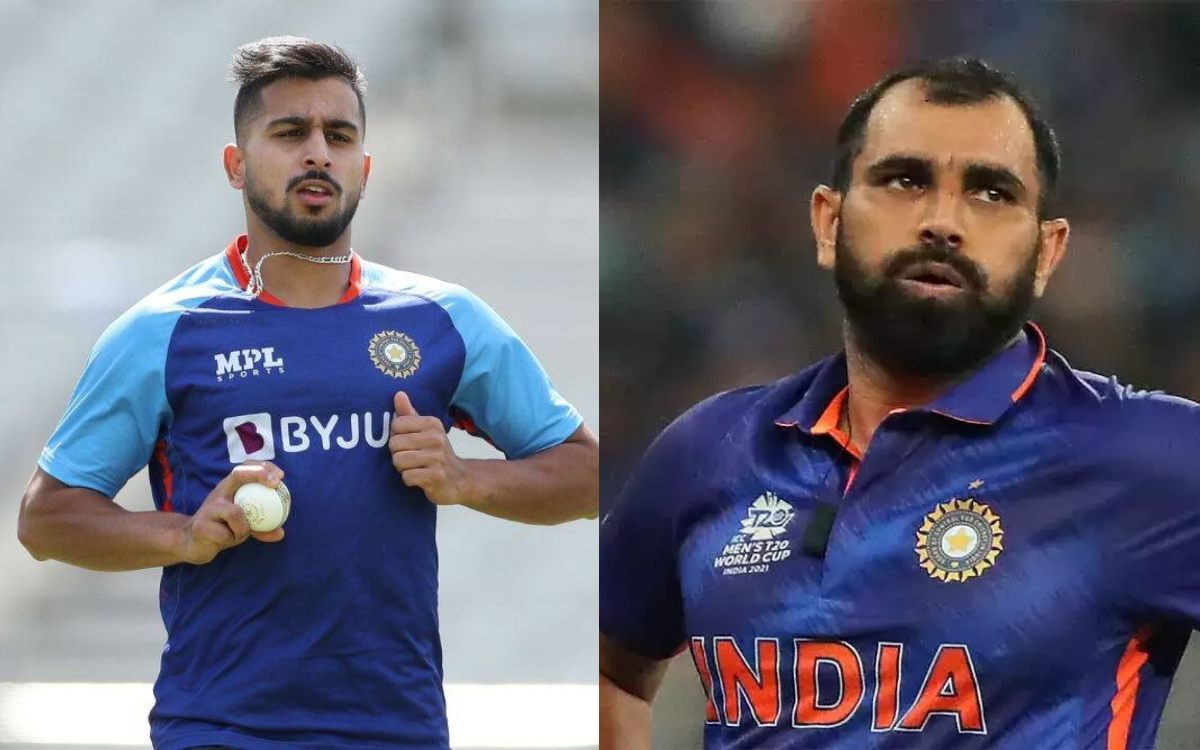 Meanwhile, on Saturday, after team India secured its second straight win over New Zealand in an ODI match, Umran interviewed his favorite bowler -- Mohammed Shami. The senior India pacer was all praise for Umran Malik for his bowling speed. Shami also wished him the best for the future and he also gave Umran some invaluable advice for the future.

As per Shami, Umran's speed is so fast that it can make it difficult for anyone but he needs to work on his line and length. Shami feels if Umran earns command over the line and length then he can win the world. He said:

(Which roughly translates to: Best wishes for you, hope you do well. There’s only one piece of advice I want to give: I don’t think it’s easy to play against the pace that you have. Just that we need to work a little on line and length. If we can get a command over it, we can rule the world).

From bowling pace & staying calm to sharing an invaluable advice 👌 👌

Talking about Shami, he stole the show with his bowling in the 2nd ODI match against New Zealand. He dismissed 3  Kiwi batters in his six-over spell, in which he conceded only 18 runs.