India sealed the 3-ODI series against Sri Lanka in Kolkata in the second ODI with a victory by 4 wickets following the 67-run victory in Guwahati. The teams travel to Thiruvananthapuram next where the third ODI will be played.

After the win, Virat Kohli and Ishan Kishan entertained the fans at the Eden Gardens with their enchanting dance.

The Cricket Association of Bengal (CAB) celebrated India’s win with a laser light show in the stands and on the ground. Kohli and Kishan were spotted shaking their legs to the tunes to the merry of the crowd in the stands. While Kishan was the substitute in the game, Kohli, despite having spent the entire day in the field, was still at his best energy levels when dancing. 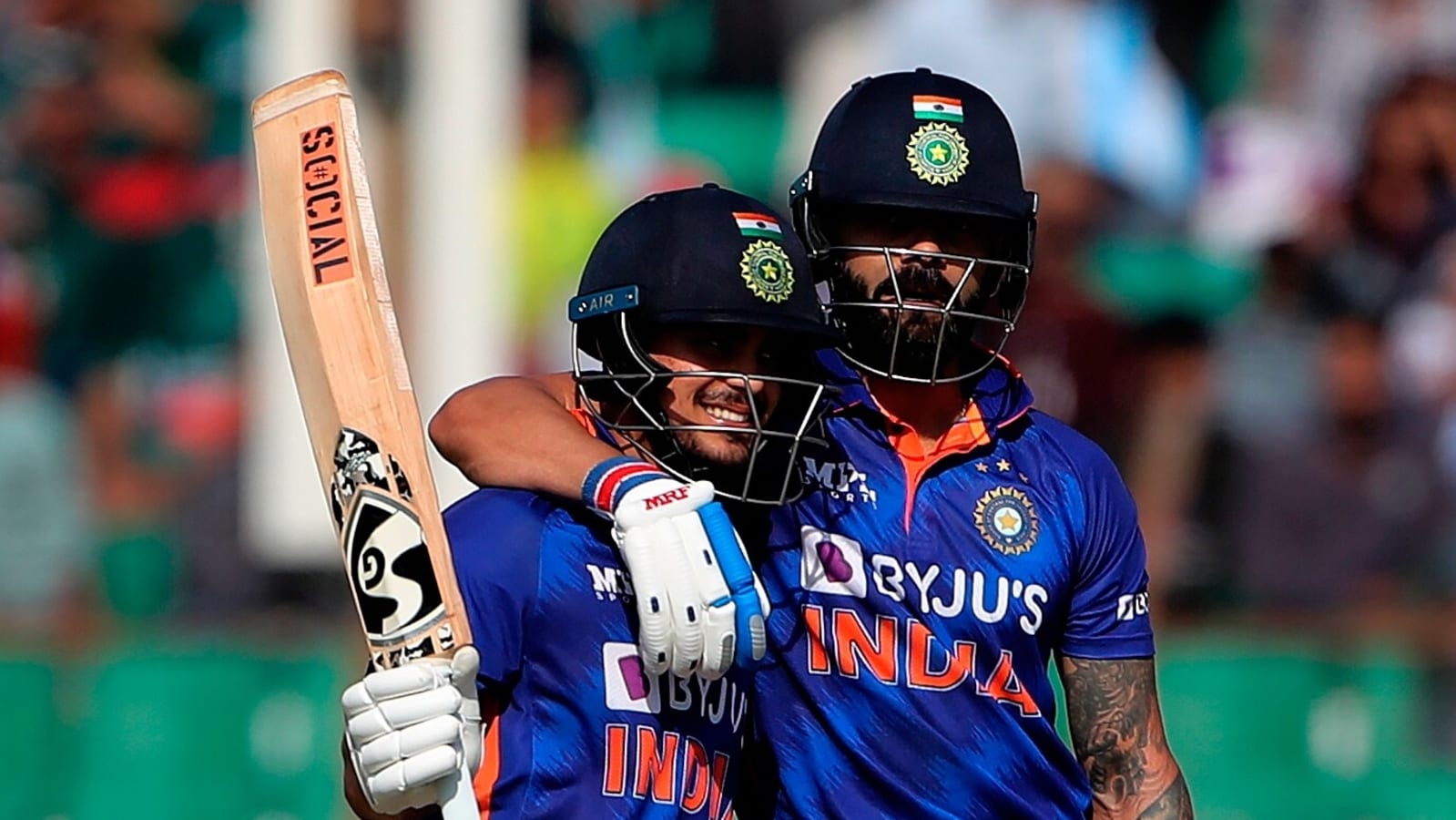 The video of Virat Kohli and Ishan Kishan dancing has gone viral on social media:

Kuldeep Yadav, KL Rahul were the heroes of India’s victory

Returning to the ODI side, Kuldeep Yadav struck thrice with the ball to send the Eden Gardens buzzing. His three-wicket haul, with that of Siraj too, plus Umran Malik’s brace and Axar Patel’s solitary scalp helped India bowl Sri Lanka out for 215.

What looked like a straightforward chase and victory for India at the halfway stage was made tricky after India lost their top 4 for 86 runs.

With plenty of time in hand, and an under-par target at sight, KL Rahul and Hardik Pandya took their time to drag the chase with 75 (119) before Pandya (36) and Axar (21) were dismissed. However, KL Rahul, sending a message to all his detractors, scored a gritty 64* off 103 balls with 6 fours, taking India over the finish line.

After the encounter and the series sweep, captain Rohit Sharma was effusive in praise for Man of the Match Kuldeep Yadav.

"For him (Kuldeep Yadav) to come back and play the game he played today, it was fantastic. Literally got us back in the game. They were batting run-a-ball and Kuldeep, as we've seen quite often, comes and gets the wicket. He's quite confident as a bowler right now and it definitely augurs well with the team," Rohit said.